Recovery and Resilience Plans: a chance for social economy to bloom 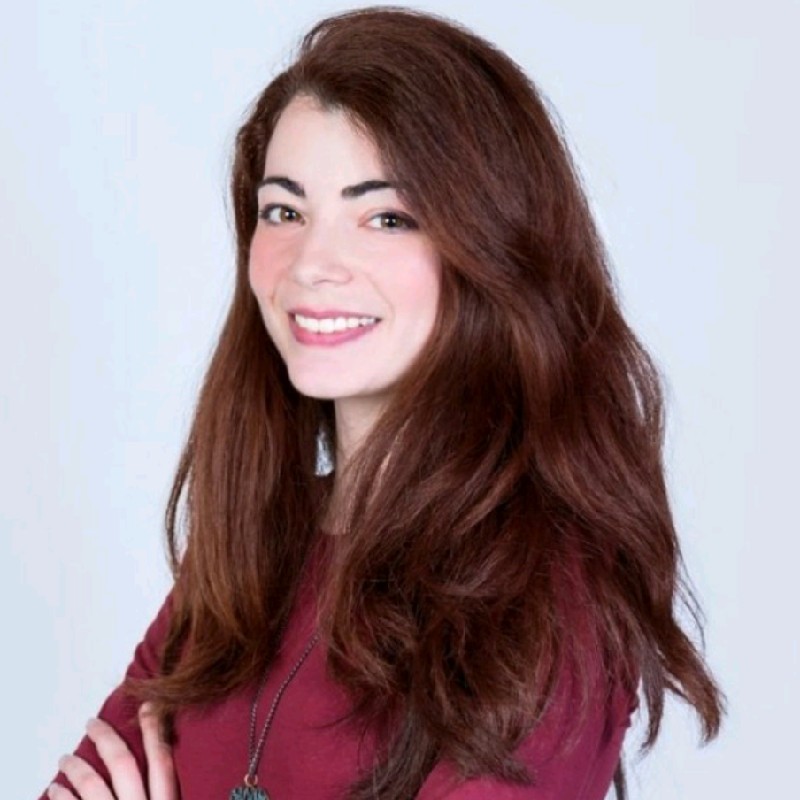 This time last March, Covid-19 pandemic was putting a strain on people and institutions. Sometimes however, hard conditions can be catalysts of extraordinary outcomes: communities have really reacted to danger and uncertainty with unprecedented strength, while governments have shown solidarity and resilience in making decisions. Indeed, the most historical agreement reached among European Member States represents a summa of all these features. 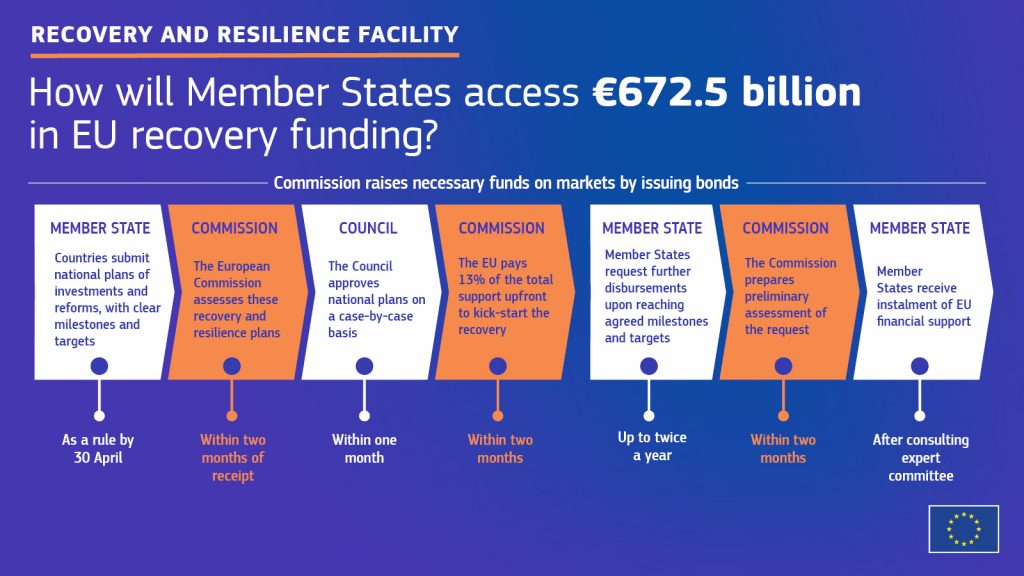 European next generations in the lap of the Recovery Plan

The Recovery Plan for Europe, also known as Next Generation EU (NGEU), was laid down in July 2020 to lead the way out of the crisis and help recover the economic and social damages caused by coronavirus pandemic. As a matter of fact, the NGEU is based on a budget of 750 billion euros, of which 360 billion are expected to be distributed as loans and 390 billion as grants aimed at building a green, digital, and resilient Europe.

A specific reference to resilience is also found in one of the seven section of the NGEU: the Recovery and Resilience Facility (RRF), a package of 672.2 billion euros, 70% of it committed to be released in 2021 and 2022 while the remaining 30% shall be committed in 2023. Among these figures, the European Parliament and the Council have carved some room for social economy as well, encouraging Member States to support social economy enterprises in the draft of National Recovery and Resilience Plans to be submitted to the Commission by April 2021. 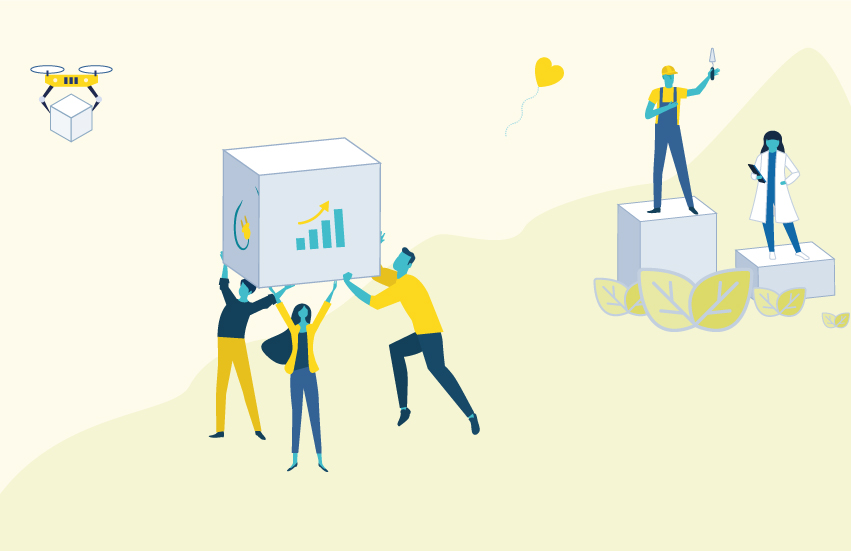 Where is social economy in National RRPs?

The Spanish government has adopted a concrete approach in following the recommendation of the European Institutions. The Spanish draft of National Recovery and Resilience Plan was released in October 2020 and it is structured around the idea of an enlarged cooperation between enterprises, organisations and public institutions. In these terms, the mobilisation of social organisations and enterprises has been considered as a boost to create quality and stable jobs for a more sustainable and inclusive growth.

As part of the Spanish RRP, the Strategic Projects for the Economic Recovery and Transition (PERTES in its Spanish acronym) have been shaped as tools to channel the European funds to rebuild national economy. In this view, CEPES, the Spanish Social Economy Confederation, is preparing a project orbiting around the improvement of social economy ecosystem to foster one of the key policies of the National Recovery and Resilience Plan: Urban Agenda and Fight Against Depopulation in Rural Areas.

Main purpose of the project is levering the cross-sectorial features of social economy to revitalize rural areas or territories in risk of depopulation: supporting fragile and marginalised groups; spreading a model of self-generated and shared power thanks to energy cooperatives; increasing population in rural area through educational, social, digital and agricultural transformation; encouraging digital transition of cooperatives and sustainable financing.

The Italian draft of national RRP has floated downstream due to the passing of the torch from Conte’s Government to the current one, led by Prime Minister Mario Draghi. The record shows initial Guidelines to Define the National Recovery and Resilience Plan dated last September and then a new draft of RRP dated January 2021. The two versions are very different regarding the role of social economy in restoring national economy.

The initial Guidelines contain a general vision of an environmentally and socially sustainable economy and a brief reference to the participation of social economy organisations in improving tools for education, research, and culture. The most recent draft, instead, calls for a more decisive contribution of the social economy organisations in implementing the 3 Strategic Policies of the Plan (Digitalisation and Innovation, Ecological Transition and Social Inclusion).

In fact, the Terzo Settore (third sector, which in Italy unites: voluntary organisations, associations for social promotion, philanthropic bodies, social enterprises, including social cooperatives, association networks, mutual aid societies, associations, whether recognised or not, foundations and other private bodies other than companies set up for the pursuit, on a non-profit basis of civic, solidarity and socially useful purposes by carrying out, exclusively or principally, one or more activities of general interest in the form of voluntary action or the free provision of money, goods or services, or mutuality or the production or exchange of goods or services, and registered in the single national register of the Third Sector) is actively involved in transversal challenges such as gender mainstreaming, social housing, education, upskilling and reskilling, infrastructures and services for vulnerable categories, tackling social exclusion and inequality in rural areas or suburbs. In figures: a total of 10.83 billion euros to invest in social economy and third sector projects.

Looking to Romanian National Recovery and Resilience, six pillars the Government is going to work on can be identified. A couple of remarkable references to social economy can be found in the pillar about Smart, Sustainable and Inclusive Growth: investments and reforms concerning economic cohesion, employment, productivity, infrastructures and enterprises outline the crucial role that social economy organisations can play in innovating and contributing to national recovery goals.

In addition to that, the Plan calls for support and incentives to social economy in order to completely unlock its potential.

The Government of Ireland drafted a Recovery and Resilience Plan which first gives an overview of actions taken since the pandemic outbreak to limit the spread of the virus and damage to the economy. Here, it highlighted the cross-community cooperation and the contribution given by voluntary organisations in supplying services in innovative ways.

It is also underlined the importance of keeping cooperation between the public sector, voluntary and private sectors fervid to step ahead on the path of recovery. In this vision, “a further Stability Fund top-up of €10 million will be made available to enable continuity of critical service delivery to vulnerable groups”.

A Dossier de Presse called France Relance was published last September by the French Government. It is a draft of priorities, strategies, and sources to restart the national economy with the support of European financial aids covering 40% of the funds.

The French restart is defined as solidary as it will lead the inclusion of young members of the society and vulnerable groups. Indeed, focal points of the Plan are SMEs and SMBs, overseas territories and social economy.

In fact, social economy organisations are well displayed by the document to boost green and inclusive growth since they have been at the core of the French resilience throughout the pandemic. Their crucial contribution to circular economy, inclusion, agriculture, green transition, social services and solidarity, entrepreneurship and quality jobs creation intended to be preserved thanks to the National Recovery and Resilience Plan.

Social economy: where are we, and what is next?

On a final note, it can be said that our brief analysis of the sample-Member States’ programmes endorses some facts.

Firstly, social economy has played a significant part in resilience during and after the pandemic, thanks to its solidarity and core values; EU and National Governments have been able to officially recognise the added value of the contribution of the social economy, by enhancing it with support and promotion.

Some countries have already taken a determined step to make social economy organisations concrete vectors of a just and fair recovery, will other Member States follow in their footsteps? 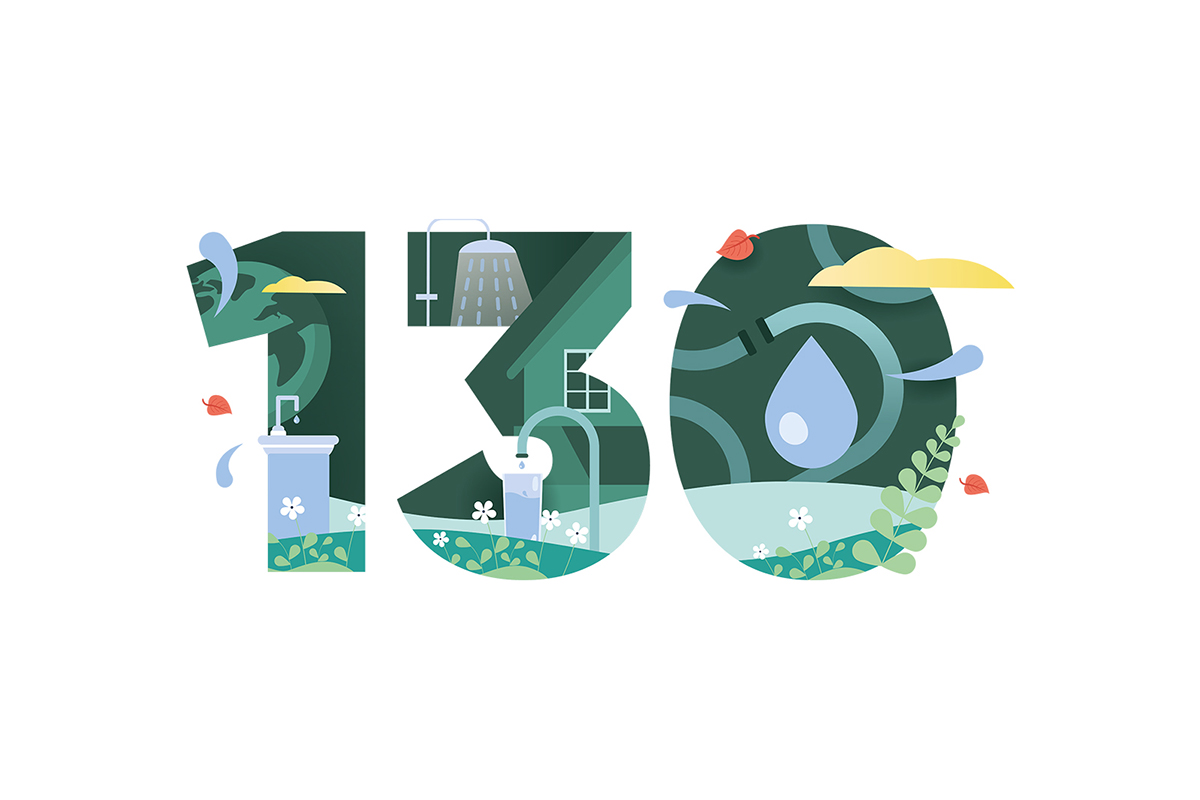 Social economy as an alternative to the social problem of water

Author: Paula González  In recent years, it has been studied that the governance of the world economy should be reoriented in such a way that social 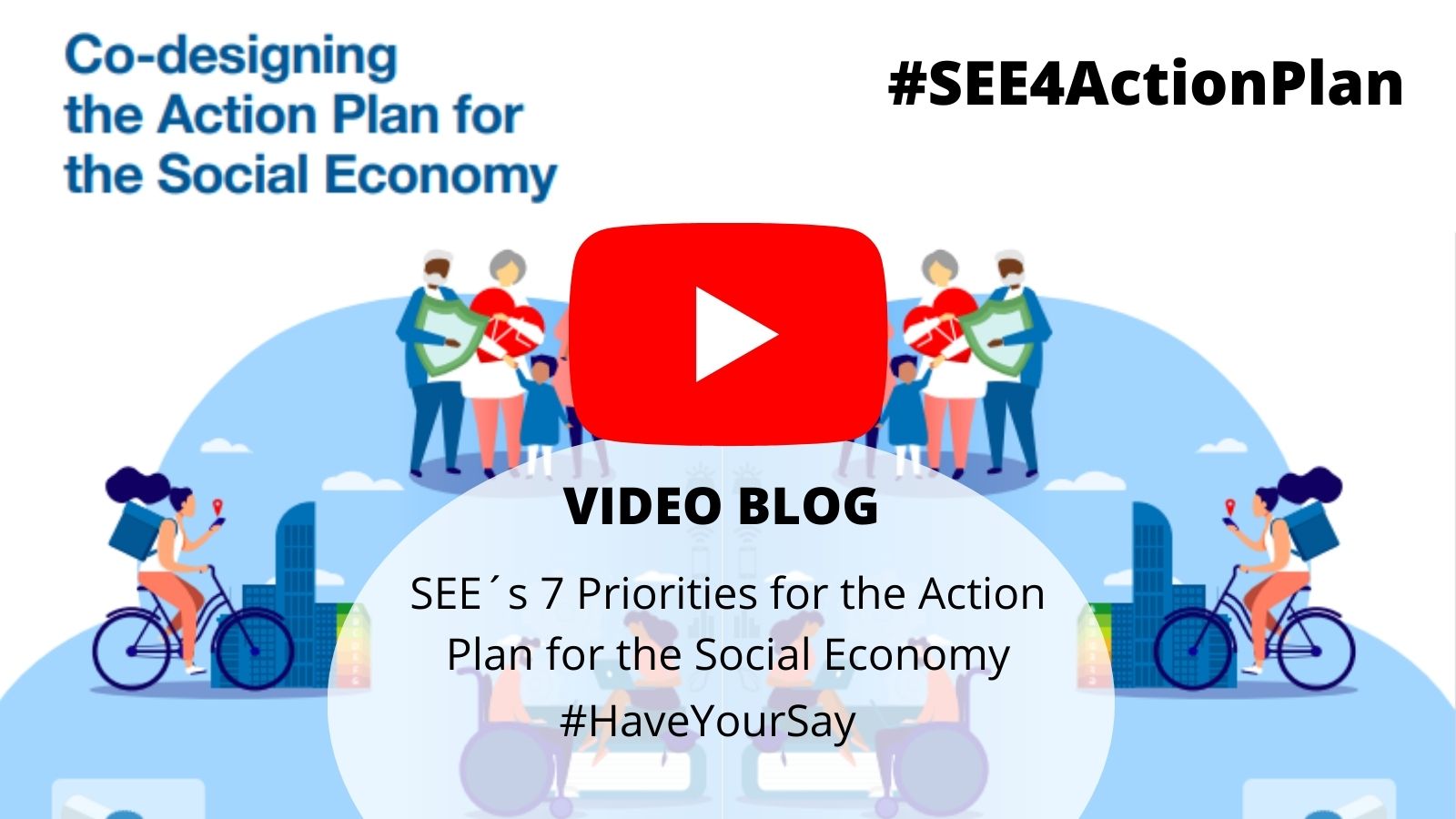 Video Blog! – SEE´s 7 Priorities for the Action Plan for the Social Economy

Video Blog! – SEE´s 7 Priorities for the Action Plan for the Social Economy Recently, the European Commission launched a roadmap – a form public consultation- on the European 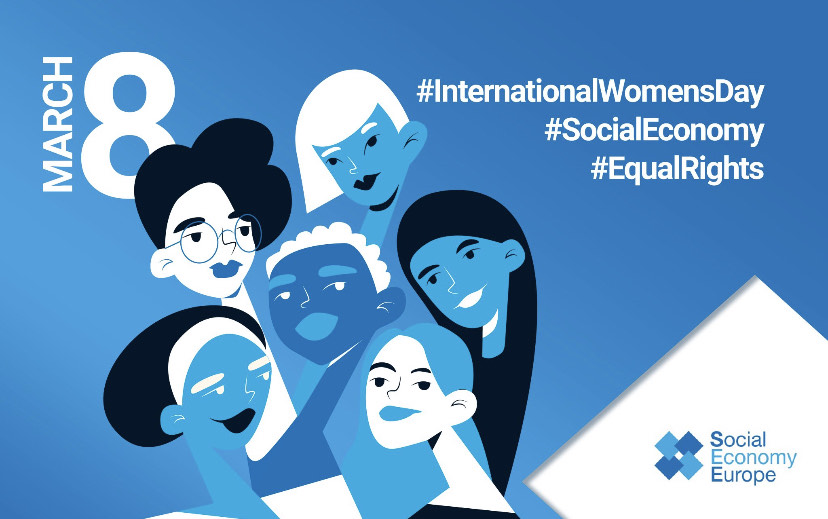 INTERNATIONAL WOMEN´S DAY: SOCIAL ECONOMY AT THE HEAD OF THE FIGHT FOR GENDER EQUALITY