THE SOCIAL ECONOMY IN THE EU - A EUROPEAN SUCCESS STORY

The social economy has been gaining more and more political visibility in these past years as a model that generates positive outcomes, notably in terms of employment and social cohesion across Europe. Since the social economy is rooted in civil society and has a strong social commitment, these enterprises and organisations offer innovative solutions to the main economic, social and environmental challenges of our time. They are strong allies as they contribute to the achievement of key EU objectives.

According to the European Economic and Social Committee study on the Recent Evolutions of the Social Economy in the European Union there are 2.8 million social economy enterprises and organisations in the European Union, that employ 13.6 million people and represent 8% of the EU’s GDP. We work with European institutions to shape the EU’s economy based on sustainable development through a European Union which champions on cooperation, democracy, solidarity, respect for diversity, innovation and active citizenship.
Discover how 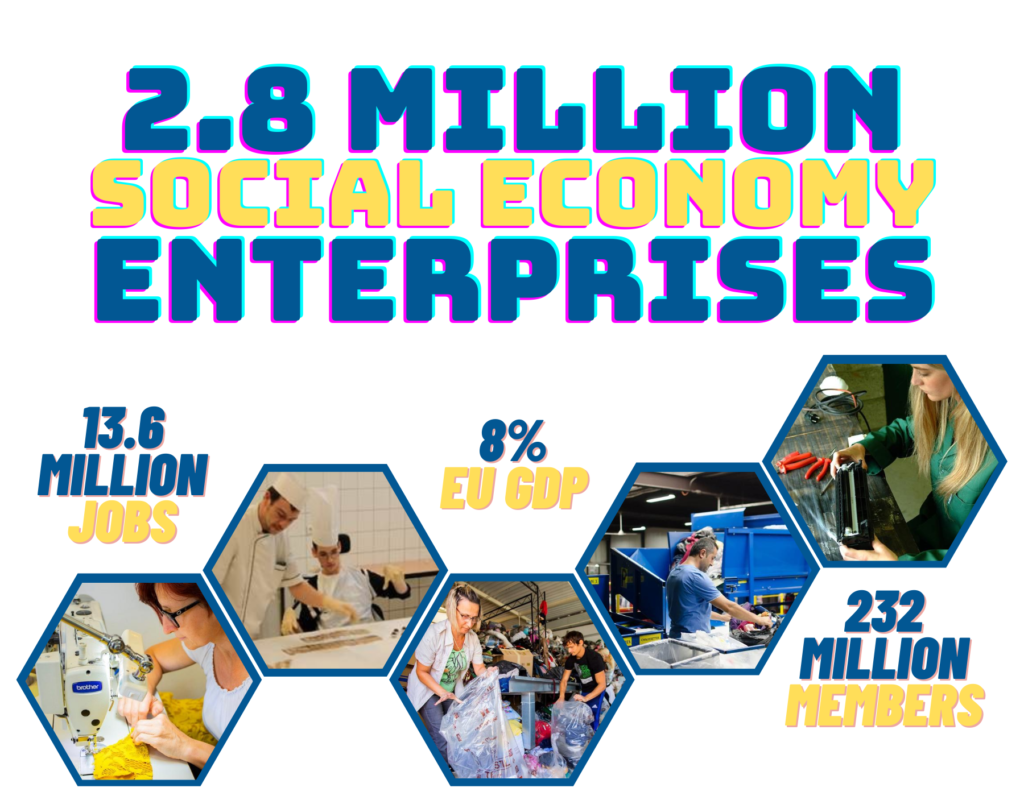 the social economy in the EU