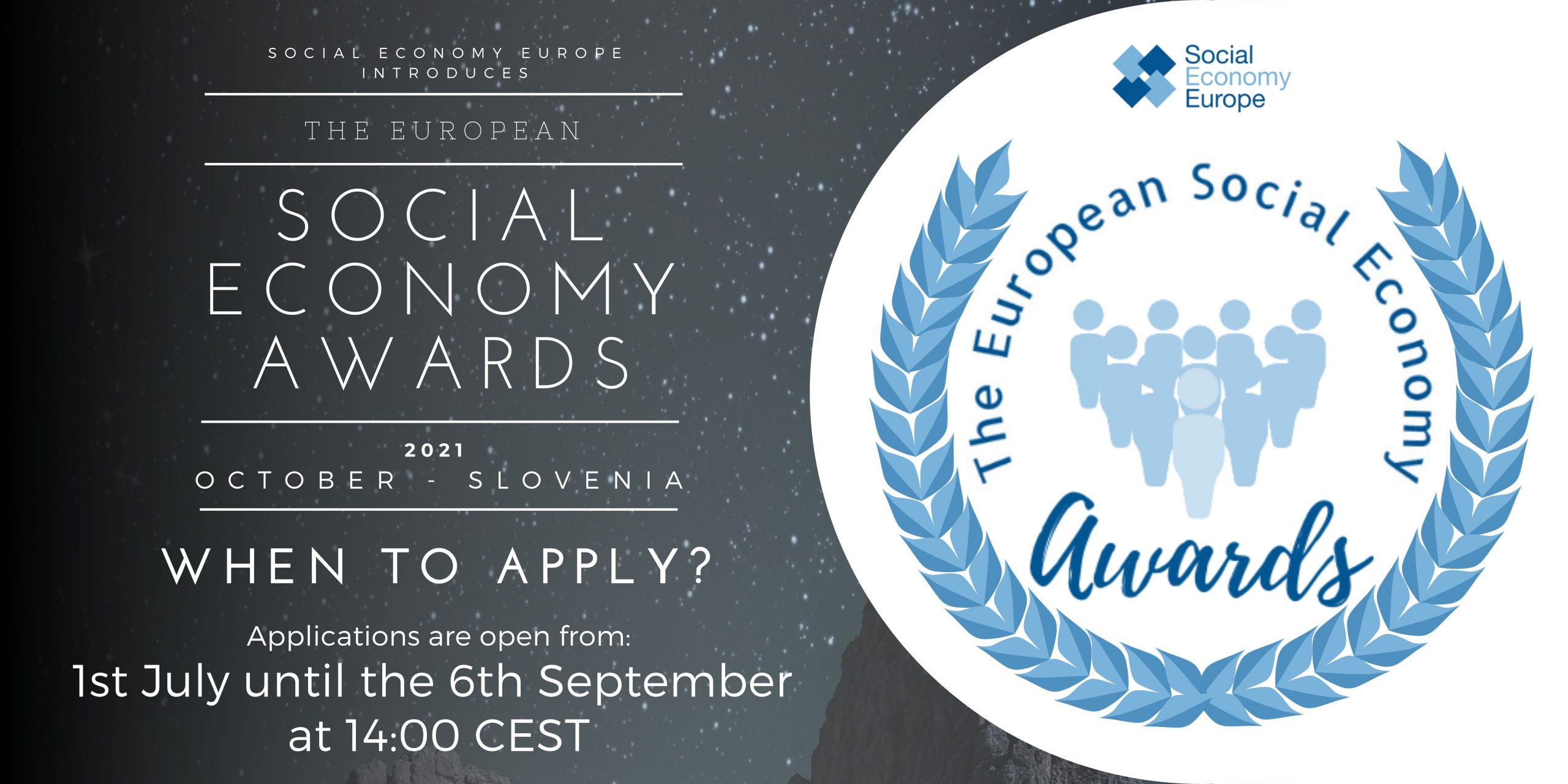 Apply to be considered for the awards here until the 6th September (14:00h)

The Presentation ceremony will be held on October 12. The application process has already begun!

The European Social Economy Awards recognise social economy enterprises and organisations, networks and social economy leaders that support and enrich communities by making a contribution to society in tackling some of today’s biggest societal, environmental and technological challenges.

The Awards, to be replicated every two years, aim at raising the visibility of the social economy, in its whole diversity and across various sectors and countries, with a European focus (including partner initiatives from the Western Balkans, the Eastern Partnership, Turkey, Southern Mediterranean Countries, the Russian Federation, the UK and the The EFTA Member States, which include Iceland, Liechtenstein, Norway and Switzerland). The Awards will also serve as inspiration to other social economy actors, public authorities and citizens aiming at becoming entrepreneurs, activists and change-makers.

The Awards will also serve as inspiration to other social economy actors, public authorities and citizens aiming at becoming entrepreneurs, activists and change-makers. These prestigious Social Economy Awards will have three categories:

More information can be found here.