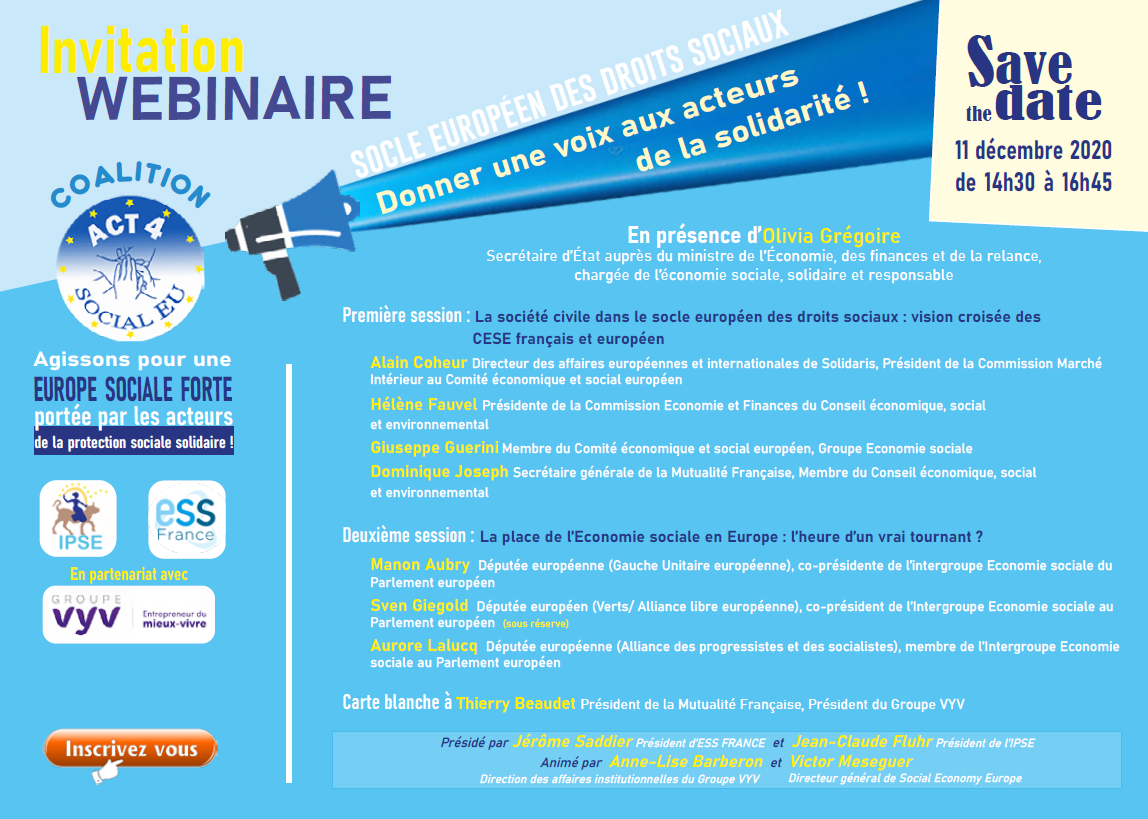 This Friday 11 December 2020, the online event on The European Pillar of Social Rights: giving a voice to solidarity actors will be held from 14:30 to 16:45. Please find here the agenda of the event and register here to join us this Friday.

The online event is organised by the #Act4SocialEU Coalition, an initiative of IPSE and ESS-France with the support of Social Economy Europe and other social economy organisations, and in cooperation with VyV Group.

You can find our News post on the contributions of #Act4SocialEU to the EU Pillar of Social Rights here.

The main speakers include:

With intervention from Olivia Gregoire  –  Secretary of State in charge of the Social Economy, solidarity and responsible economy of the government of France

The first session on civil society in the EU Pillar of social rights: Cross vision of the French and European Economic and Social Committees. Speakers include:

• Alain Coheur – Director of European and International Affairs, President of the Commission Internal Market at the European EESC

• Dominique Joseph– General secretary of the Mutualité française, Member of the French Economic and Social Committees

Second session: The place of the social economy in Europe: time for a real turning point?