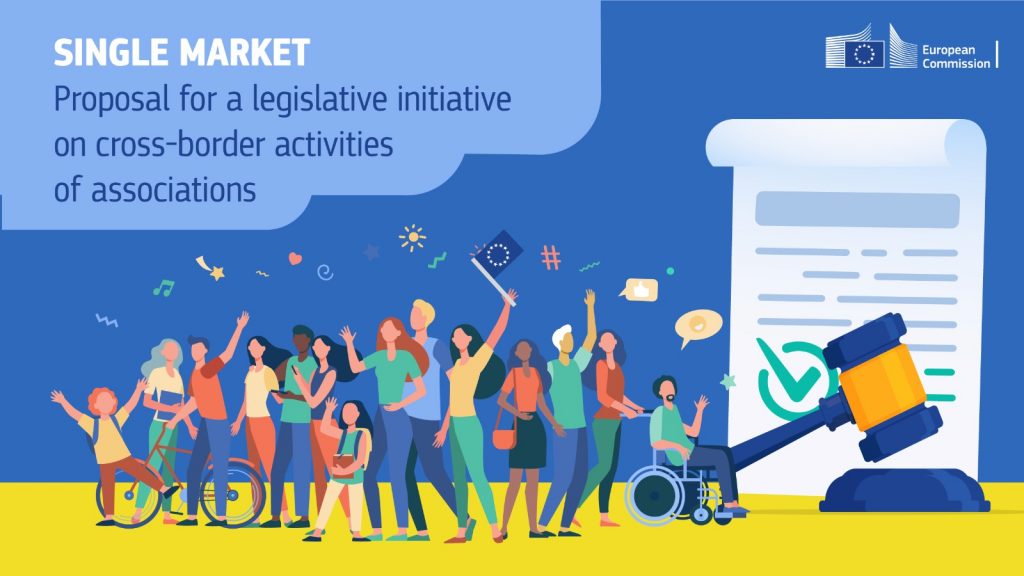 On October 28, 2022 Social Economy Europe (SEE) submitted its contribution to the European Commission call for evidence on single market proposal for a legislative initiative on cross-boarder activity of associations. A call for evidence in response to the European Parliament’s ambitious Resolution of 17 February 2022 with recommendations to the Commission on a statute for European cross-border associations and non-profit organisations.

By welcoming the European Commission’s (EC) commitment to respond to this EP resolution with a legislative act, SEE emphasises the importance of this legislative initiative that should aim to overcome obstacles faced by associations, foundations and other NPOs, including charities, as key social economy actors within the single market by creating an adequate enabling environment that respects the wealth of social economy diversity in the Union.

In its contribution, SEE puts spotlights on the following areas:

– Incorporate public benefit foundations and associations in the legislative initiative, preventing the non-profit/public-benefit sector from facing similar barriers for cross-border activities and promoting the generation of vital and innovative solutions.

– Include a clear and positive definition of the non-profit sector and its organisations, covering both dimensions of civil dialogue space and economic actors aiming to the general interest.

– Create and develop a European supranational legal form for non-profit/public benefit organisations that, in addition to assisting in the removal of existing barriers and providing the necessary legal framework, would also support their role as social, civil, and economic actors in the Union. This had also been called upon by State Secretaries Joaquín Pérez Rey (ES) and Sven Giegold (DE) in a joint letter to Commissioner Schmit.

– Encourage MS to develop a new type of national legal form encompassing all NPOs, which would enhance NPOs recognition across borders throughout EU and to lift NPOs’ main cross-border obstacles.

– Establish minimum standards enshrined in fundamental rights such as the freedom of association, the freedom of expression, non-discrimination and level playing field on which national frameworks would be based. For example, the CEP-CMAF social economy charter could serve as a basis in that regard.

– Promote a European information campaign on NPOs aiming to promote citizens active participation in democracies on the eve of the 2024 European elections.

Find out more information here about SEE contribution to the call for evidence on single market.