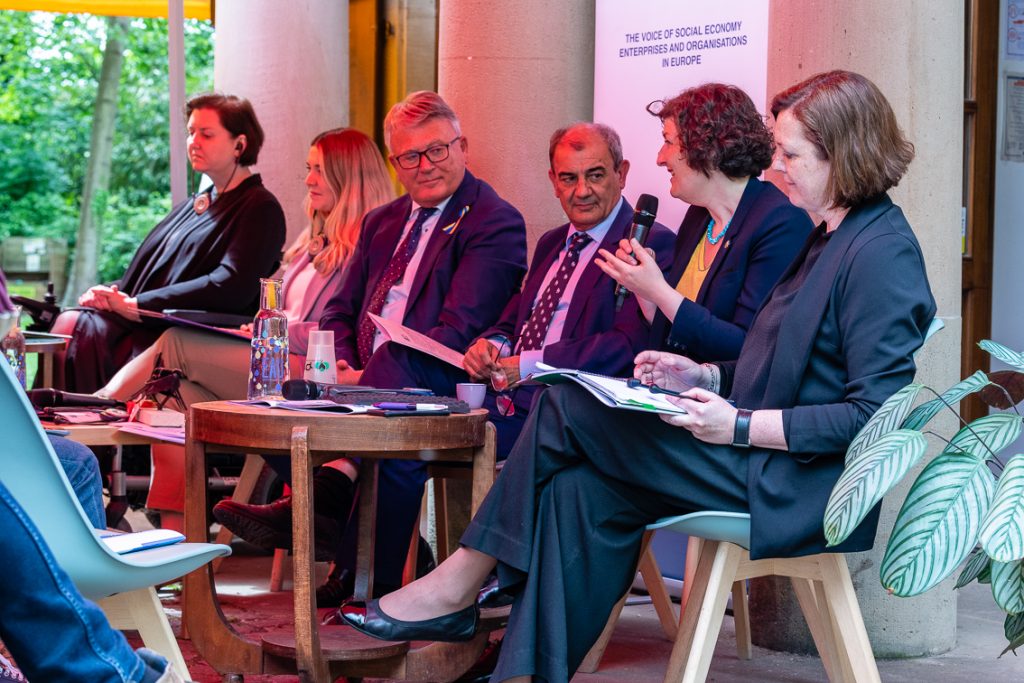 In its contribution, SEE focuses on the following areas:1. Social economy policy & legal frameworks that embrace the diversity of the social economy.

2. A structured dialogue with social economy stakeholders for better framework conditions: SEE calls on Member States and relevant public authorities to strengthen or support the development of social economy representative networks, particularly in Member States where the social economy ecosystem is not developed to its full potential and stresses the example of its national members as CASES, CEPES, ConcertES, ESS-France, Forum Nazionale Terzo Settore, SZOWES, Ukrainian Social Academy and The Wheel, that among other EU organisations have been key driver of modern legislation and policies for the social economy. 3. Better data and statistics on the social economy.

4. Social economy’s participation in social dialogue as an employer.

8. Monitoring the implementation of the Council Recommendation on Social Economy.