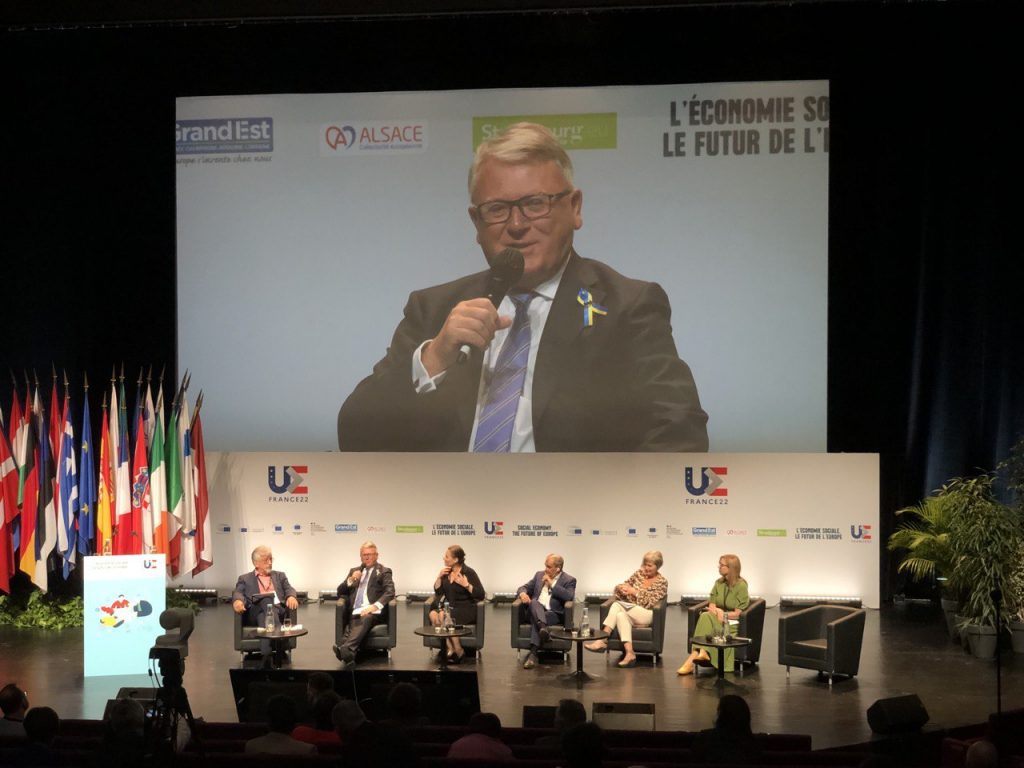 Six months ago, on 9 December 2021, the European Commission approved the Social Economy Action Plan (SEAP), that was presented by Executive Vice-President Valdis Dombrovskis, and Commissioners Nicolas Schmit and Thierry Breton. A public policy that, in Social Economy Europe’s opinion has the potential to be a game changer for the European social economy, but also to build a more resilient and sustainable EU economy that works for people and the planet. On 5 and 6 May 2022, the European Social Economy Summit in Strasbourg, that gathered over 2000 participants, certified the high degree of hope, energy, commitment and expectations around SEAP implementation.

With the right level of ambition, investments and collaboration among EU Institutions, the social economy , Member States, public authorities, International Institutions, researchers and other relevant stakeholders, the SEAP can drive the social economy from representing 6.3% of the EU's workforce to at least 10% by 2030.The further development of the social economy will bring positive effects in terms of creating quality jobs for all, accelerating fair green and digital transitions, and strengthening the resilience of our economies, as well as social protection and social innovation. 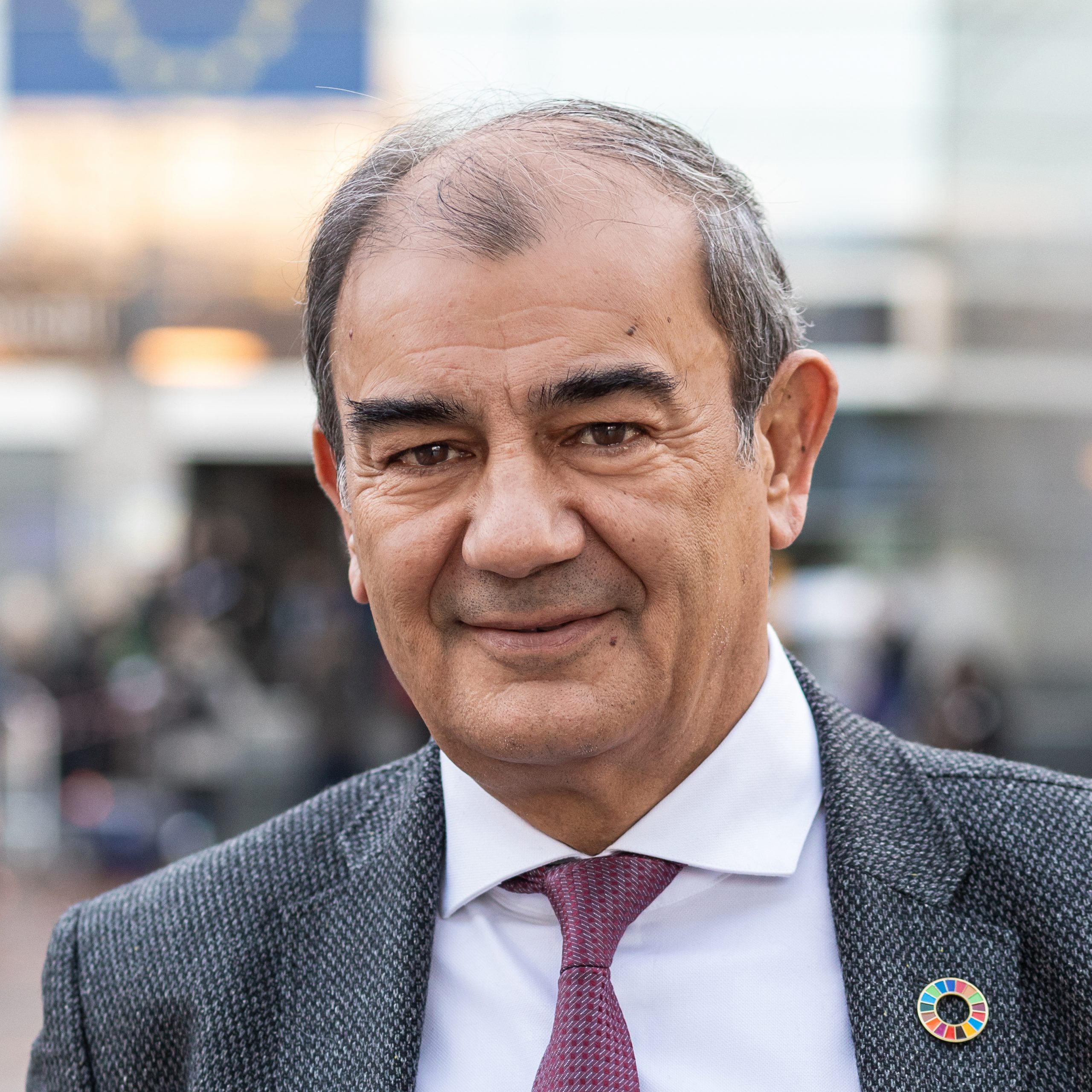 Six months after the SEAP, we stress key areas of action, already identified in the Action Plan, many of them ongoing, in which collaborative efforts are needed:

1. Developing social economy framework conditions: Next year the Commission will propose a Council Recommendation on social economy framework conditions, it will be a key engine to foster the upwards convergence of the social economy across Europe (today the social economy represents around 10% of all jobs in some countries as France, Spain, Belgium and Italy, and just 0.6% in others). The reality is that in certain cases outdated legal and policy frameworks, a lack of understanding of the diversity of socio-economic players in the market, and limited collaboration with social economy support structures, hinders social economy’s capacity to grow, creating shared progress, and new jobs for all. SEE calls on the Commission and Member States to be bold and ambitious, recognising the potential of all social economy forms as cooperatives, mutuals, associations, foundations, social enterprises and other legal forms. It also calls on the Commission and the Council to invite the Social Economy to the table, EU policies for the social economy need to be co-created with its actors, as the disability movement always stresses: nothing for us without us! As a matter of fact, social economy representatives have never been invited to Council Working parties in the last decade, a situation that should urgently change.

2. Support the consolidation of social economy networks: SE networks and support structures at EU, global, national, and regional/local level are the place where the magic happens: they support social economy entrepreneurs with their projects (viability, access to finance, access to grants for entrepreneurs etc.), they work hand in hand with public authorities in creating the adequate framework conditions (responsible public procurement, visibility, education, access to funding and finance etc.), they create synergies, new projects, training and inter-cooperation opportunities, they raise awareness and attract new talents. As SEAP already foresees social economy representative networks should be further supported, as a key engine for social economy’s development. Mutual learning among all the existing networks would be of key importance. This is actually a key SEE mission.

3. Mobilise investments and support the social economy community to absorb them: The social economy is now mainstreamed as key investment priority in many EU funds and financial instruments as the InvestEU (Social Investment and Skills, and SMEs policy windows), the ESF+, the ERDF+, the Single Market Programme, Erasmus+, CERV, Instrument for Pre-Accession assistance, NDCI etc. All of them represent an excellent opportunity to mobilise finance and funding for innovative social economy project. Again, collaboration, capacity building, and awareness raising are needed. The cooperation with social economy networks and the future single EU Social Economy Gateway, to be launched in 2023 should play a key role.  Also, in the framework of the Transition Pathway for the Social Economy and Proximity, and of the Pact for Skills for the Social Economy and Proximity, social economy stakeholders ans EU Institutions should identify key needs, actions and commitments to unlock social economy’s full potential as an innovator, and catalyser of fair green and digital transitions. The Next Generation EU plan, and its Recovery and Resilience Facility, should be further mobilised to invest into innovative social economy projects, particularly into those contributing to fair transitions and to strengthen our welfare systems. In this sense, the Spanish Government has pre-announced a Strategic Investment Plan into the social economy and the caring economy with a total budget of more than 800 million euros, that will be approved in the coming days.

6. A cooperative implementation is needed! As Commissioner Schmit said in Strasbourg’s Social Economy Summit, SEAP is the result (the son he said) of a collaborative effort, and therefore, all hands are needed for its implementation. The European Commission Expert Group on Social Economy and social enterprises (GECES), that will be renewed next year should be strengthened, in line with the following proposals:

-A mix of in person and online meetings, with at least two in person plenary meetings per year with the participation of high-level representatives of the EC (EVP, Commissioners and/or Directors General and Deputy Directors General).

-A team work:  making sure that the 27 MS (plus eventually pre-accession and neighbouring countries) are members of GECES and represented at the right level, and facilitating the participation of a main representative at plenary meetings, and other experts belonging to the network/institution for specific working groups.

An article by Víctor Meseguer, director of SEE.

On Friday 9 and Saturday 10 June the ILO and the OECD approved two important international documents on SSE.

The Annual Meeting of the World Economic Forum (WEF) 2022 took place from the 22 to the 26 May, in the Swiss town of Davos, as