SEE’s XVI GAM began with a light lunch (prepared by a local social economy provider Stamtish) and an open exchange between SEE President Juan Antonio Pedreño and key high-level policy makers and stakeholders as  Nicolas Schmit,  Jeanne Barseghian, Mayor of Strasbourg; Ieva Valeškaitė, Vice-Minister of the Economy and Innovation of Lithuania; Maravillas Espín Sáez, Director General for Social Economy, Self-Employment and CSR of Spain; Monika Ošmianskienė, Member of the Committee on European Affairs and Chair of the Commission for the Rights of People with Disabilities of the Parliament of the Republic of Lithuania; Anna Bankowska,  Member of the Board of West Pomeranian Voivodeship (video-message), Claude Gruffat,  MEP Co-Chair of the SEIG Intergroup, and Petro Darmoris. 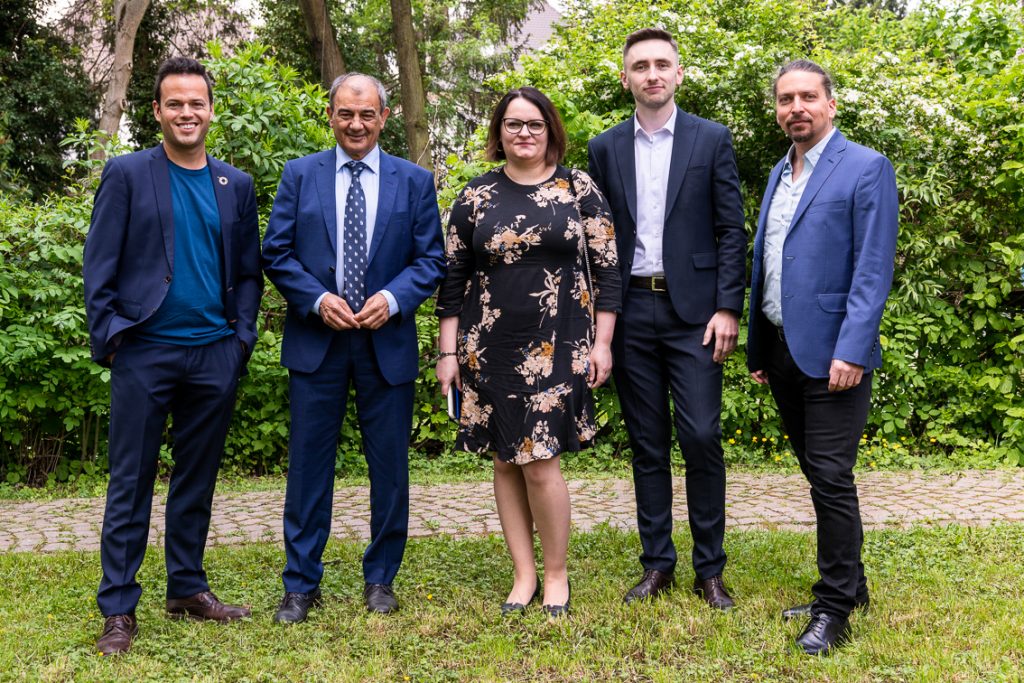 On this occassion, Social Economy Europe welcomed two new members to its growing network:  Szowes, the West Pomeranian Network of Social Economy Support Centres, and the Ukrainian Social Academy. The Ukrainian Social Academy was represented in Strasbourg by its Board member Petro Darmoris, and SZOWES by its President Justyna Iwankiewicz and Paweł Klimek. 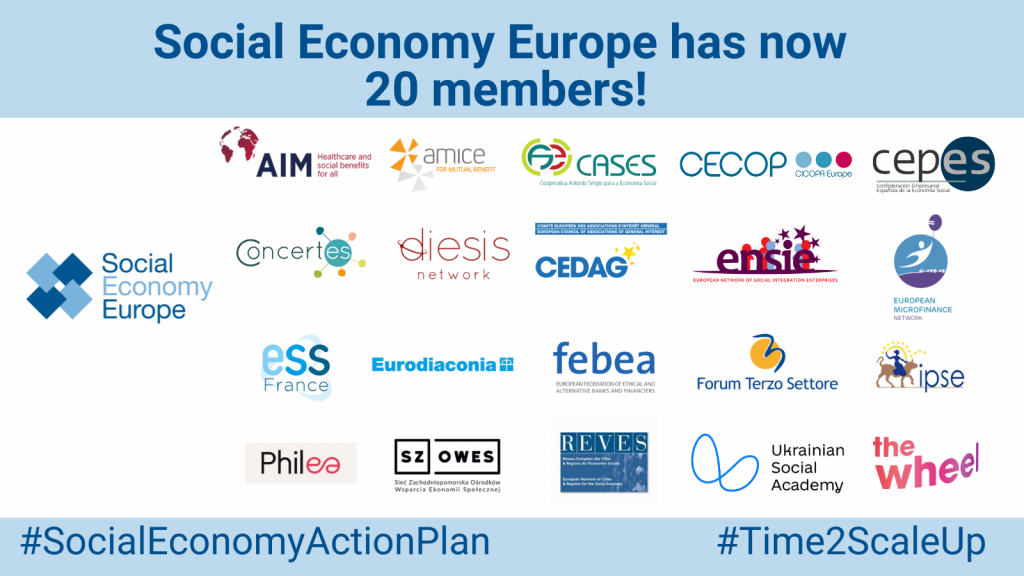 Social Economy Europe currently has 20 members and plans to keep growing to represent the main social economy networks in the EU, defending the interests of all social economy enterprises and organisations.

SEE members also had the opportunity to have an in depth conversation on SEAP implementation with Heads of Unit Ann Branch (DG EMPL), and Anna Athanasopoulou (DG Grow).

Also at the GAM, SEE Annual Report 2021, was apporoved and it is already available on our website.

Among other memorable milestones, SEE participated in more than 40 global Social Economy events last year, was part of 3 EU Commission expert groups, signed up for three alliances, and welcomed two new members: The Wheel and Diesis.

We invite you to learn more about the activity of Social Economy Europe in 2021 in this summary video. 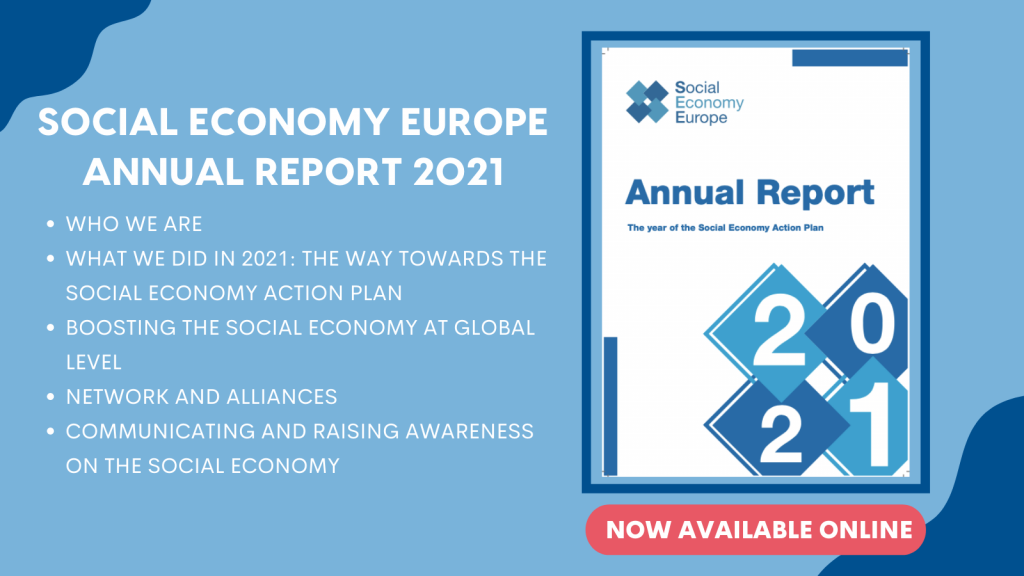