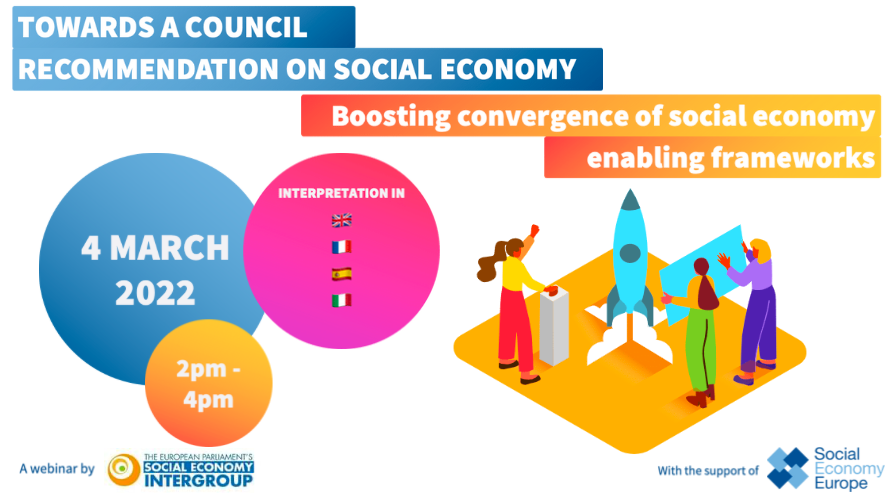 On Friday 4 March 2022 from 14.00 to 16.00 CET, the European Parliament’s Social Economy Intergroup organises the online public hearing Towards a Council Recommendation on Social Economy: boosting the convergence of social economy enabling frameworks.

💻 You can still register here to join and actively contribute to the event.

The European Parliament’s Social Economy Intergroup, with its more than 80 members, stands ready to actively support a successful implementation of the Social Economy Action Plan and of its key actions, as the proposal of a Council Recommendation on developing social economy framework conditions to be adopted in 2023. 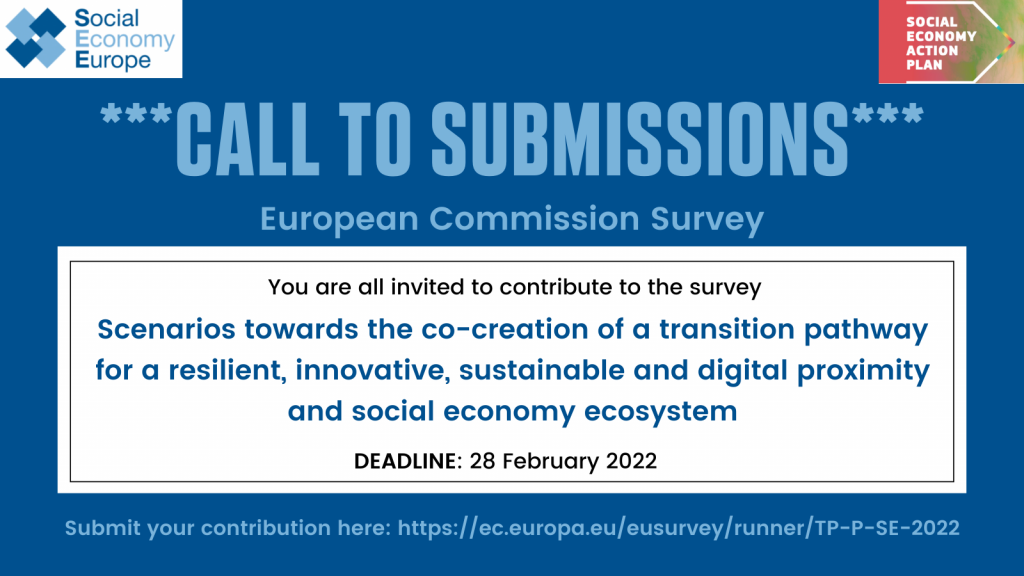 Submit your contribution on the co-creation of transition pathways for the Social Economy towards green and digital transitions here.

28.02-01.03 SEE Delegation travels to Tirana to boost social economy entrepreneurship among youth in the Western Balkans 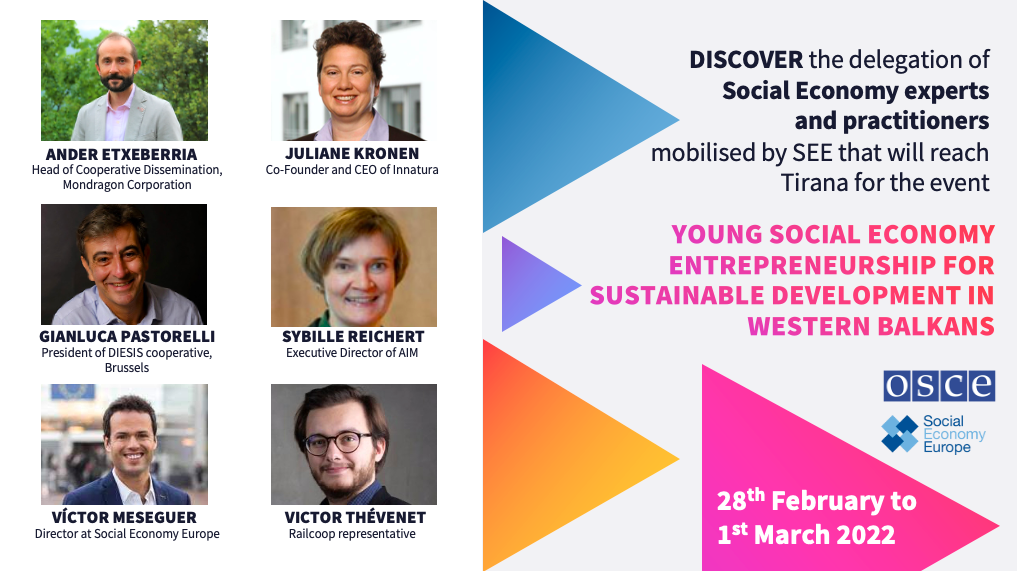 In the framework of the OSCE’s YDEAS II project, that will kick off in Tirana on the 28 February 2022, SEE has mobilised a delegation of 6 individuals to share experiences on social economy entrepreneurship and conducive ecosystems.  The delegation includes Ander Etxeberría (Head of Cooperative Dissemination at Mondragon Corporation, the largest group of workers’ cooperatives in the world), Juliane Kronen (Co-Founder and CEO of Innatura), Sibylle Reichert (Executive Director of AIM- Healthcare Mutuals), Víctor Thévenet (Railcoop) and Víctor Meseguer (Director of SEE).

You can find out more and follow the online event on Monday and Tuesday here.

Among other objectives, the YDEAS II project aims at producing a Green Paper on Social Economy in the Western Balkans.