Why the social economy is the future 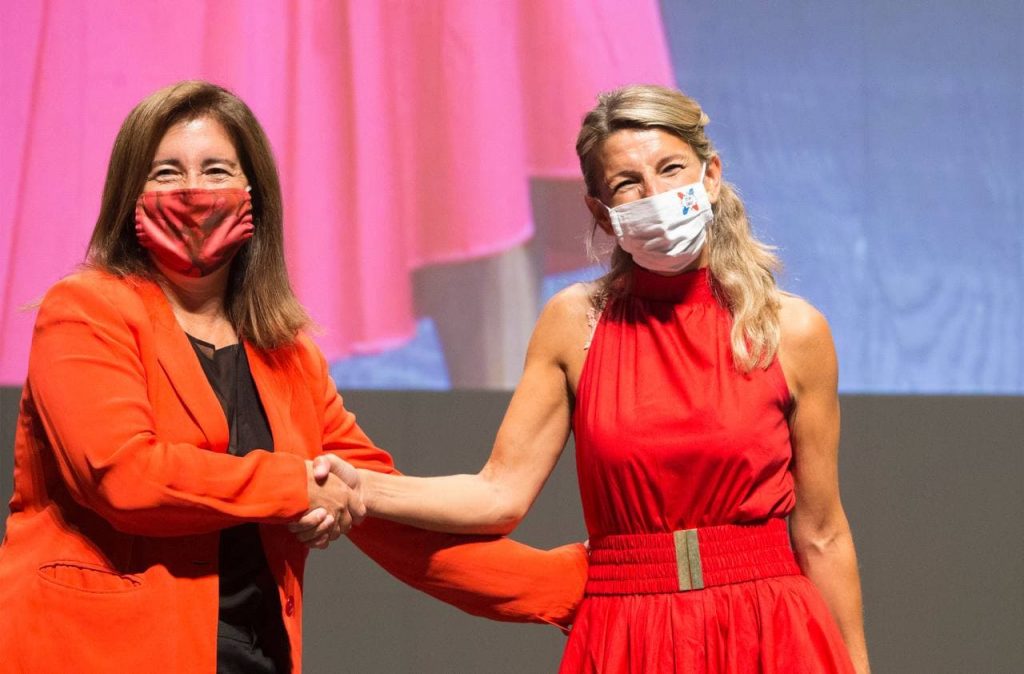 Vice-President of the Spanish Government and Minister for Labour and Social Economy Yolanda Díaz, and Minister of Labour, Social Security and Solidarity of Portugal Ana Mendes Godinho shaking hands.

The Governments of Portugal and Spain celebrated on the 8th of September, 2021, in Coimbra, the Iberian Social Economy Summit, aiming at renewing and boosting the cooperation between both countries to support the development of the social economy. This renewed cooperation on social economy was formalised through a Memorandum of Understanding signed by the Vice-President of the Spanish Government and Minister for Labour and Social Economy Yolanda Díaz, and by Minister of Labour, Social Security and Solidarity of Portugal Ana Mendes Godinho. Both leaders pointed out to the social economy as a catalyst to build a better future.

Everything changes, the world of work, our lives, technology, but the values of the social economy, as solidarity, cooperation and democracy, will remain and become more relevant in the coming years.
Yolanda Díaz, Vice-President of the Spanish Government.

This is the decade of solidarity, of cooperation, of mobilisation: the decade of the social economy. We need to work more together as Portugal and Spain are doing today.
Ana Mendes Godinho, Minister of Labour, Social Security and Solidarity of Portugal.

Social Economy Europe President Juan Antonio Pedreño, also participated in the event to share proposals and expectations regarding the European Action Plan for the Social Economy that the European Commission will release before the end of this year. President Pedreño stressed that the Action Plan should include a common concept of the European social economy formed by a diversity of organisational forms -as cooperatives, mutuals, associations, foundations, social enterprises and other legal forms specific to each Member State-  united around common values as the primacy of people and the social objective over capital, the democratic or participative governance by members (except for foundations that do not have members but a primary societal mission), and the reinvestment of most profits. Pedreño also underlined the importance of going beyond declarations and devoting ressources to the social economy through EU instruments as the Recovery and Resilience Plans (Next Generation EU), the InvestEU, the ESF Pus, the ERDF and other instruments devoted to capacity building to scale up and internationalise.

The MoU signed by the two Iberian countries includes important points as the cooperation between the Portuguese and Spanish National Social Economy Councils (uniting all social economy actors and the national governments), exchange of good practices about satellite accounts aiming at replicating the Portuguese model; collaboration to achieve an effective and successful European Action Plan for the Social Economy and promoting the social economy in Latin America through the Iberian-American Summits.

The 2015 film Burnt based in the haute cuisine world, shows how success is the result of a collective effort, that needs a strong collective engagement. The social economy is the future because its business models recognise the truth of success as a collective exercise, because they boost democracy, equality and inclusion, sharing and reinvesting profits; and because they serve as a means for communities and groups to empower and find collective solutions to their collective challenges.

The upcoming weeks and months before the release of the European Action Plan for the Social Economy will be intense. In the meantime, from SEE we fully coincide with the statements of VP Yolanda Díaz and Minister Godinho: the social economy is the future! 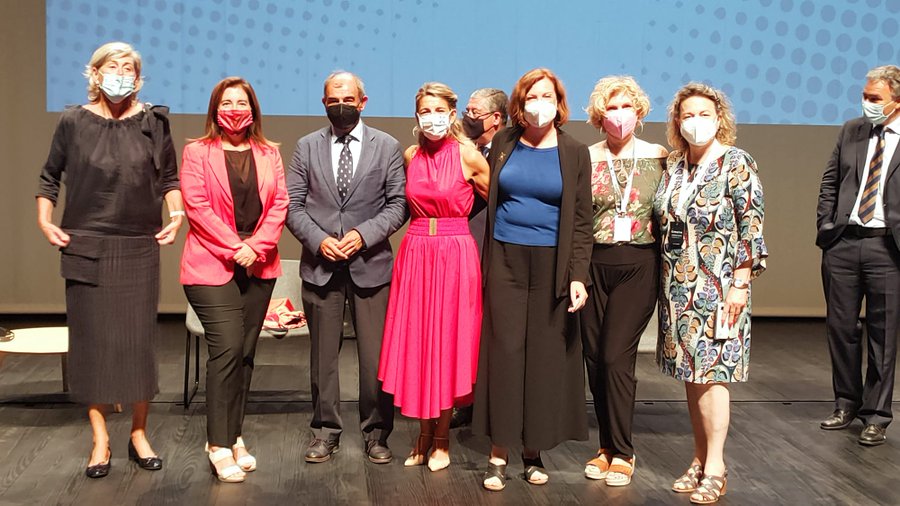 Key stakeholders present at the Iberian Social Economy Summit in Coimbra, on the 8th of September, 2021.

A non-exhaustive review of new opportunities accompanied by some open questions An image by ESS-France Dearest friends of the European Social Economy community,  Last year ended

2022: A year of opportunities for the Social Economy to Scale Up

The Social Economy Action Plan, which is now avalaible in 23 EU official languages, was launched on December 9, although its social coming out took place on 16

AN INSIGHT INTO THE REACTIONS TO THE SOCIAL ECONOMY ACTION PLAN