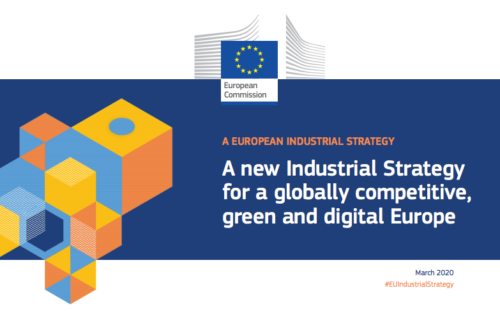 SEE welcomes the recognition of the Social Economy in the industrial and SME Strategies and in the Circular Economy Action Plan, as a pillar to build an economy that works for people and the planet.

Social Economy Europe (SEE) is satisfied with the European Commission’s recently issued SME and Industrial Strategies and Circular Economy Action Plan, aiming at ensuring the EU leads the twin transitions towards climate neutrality and digitalisation, which have recognised the strategic role of the 2.8 million social economy enterprises and organisations to achieve a diverse and competitive economy that works for people and the planet.

“ We are pleased to see that the European Commission recognises the potential of the social economy, as well as its already existing commitment and different activities relevant to the twin transitions. The Commission is moving in the right direction to make sure that social economy actors are part of the main economic, social and environmental policies of the European Union ”.

Mobilising the Industrial and SME Strategies to boost the Social Economy

The SME Strategy recognises the role of the social economy as a driver of the sustainable transition: “Almost a quarter of SMEs in Europe already enable the transition by offering green products or services and many SMEs -including social economy enterprises– are already doing a lot for the communities where they are based.”

Furthermore, SEE welcomes the capacity-building instruments deployed by the Commission to support small and medium-sized enterprises, including social economy enterprises and organisations, in facing the transition to sustainability and digitalisation. SEE is ready to cooperate with the European Commission to ensure that initiatives such as the European Resource Efficiency Knowledge Centre (EREK) and the Digital Innovation Hubs are accessible and useful for social economy enterprises and organisations.

Regarding the Skills Agenda for Europe and the Pact for Skills, SEE welcomes the efforts to boost the uptake of digital skills and calls on Member States and EU Institutions to include social economy entrepreneurship in the curricula of all levels of education and training. This would be an opportunity to boost the diversity of entrepreneurial models and to attract individuals towards collective entrepreneurship, bearing in mind that social economy business models reply to the growing demand for  a more responsible, democratic and solidarity-based economy at the service of people. The specific managerial skills required by social economy enterprises, such as participative leadership, should also be promoted, also because of their potential to inspire traditional enterprises.

SEE reminds that social economy enterprises and organisations, such as cooperatives, mutuals, associations, foundations and social enterprises, among other legal forms specific to each Member State, face significant barriers to operate trans-nationally in the Single Market. To overcome these barriers, SEE calls on the Commission to further provide clear guidance to Member States wishing to develop legal frameworks for the social economy, ensuring the convergence and the effectiveness of these regulations. Moreover, SEE stresses the strategic importance of the ongoing EU study on Promoting Cross Border Activities for Social Economy, Including Social Enterprises and affirms its readiness to contribute with concrete policy recommendations.

Public procurement, accounting for around 14% of the EU’s GDP, represents a key leverage to promote social economy enterprises and achieve strategic public policy objectives. In this area, SEE wishes to congratulate the European Commission for its efforts to promote socially responsible public procurement through projects as Buying for Social Impact and #WeBuySocialEU. Division of large contracts into smaller lots, e-tendering, pre-market consultations and the inclusion of social and environmental considerations -among other legal instruments as reserved contracts to Work Integration Social Enterprises- should become the new norm.

To conclude, SEE welcomes the willingness of the European Commission to mobilise financing for SMEs and social economy enterprises through the InvestEU programme  in particular through its policy windows on SMEs and on Social Investments and Skills aiming at improving access to microfinance, financing to social economy enterprises, social and impact investment and skills. SEE recalls that it is fundamental to adapt these instruments to specificities of the social economy’s business models and to involve social economy financial experts (ethical and alternative banks, cooperative banks, micro-credit, credit unions etc.) in the governance and advisory bodies of the future InvestEU programme.

The Circular Economy Action Plan: the pioneering role of the Social Economy

The social economy has a solid and recognised track-record of catalysing innovative solutions to fight climate change and building a sustainable economy.

SEE welcomes the Circular Economy Action Plan, which recognises that: “The potential of the social economy, which is a pioneer in job creation linked to the circular economy, will be further leveraged by the mutual benefits of supporting the green transition and strengthening social inclusion, notably under the Action Plan to implement the European Pillar of Social Rights”

SEE also welcomes the Commission’s efforts to ensure coherence by taking a holistic approach in its policy making, ensuring a link between the Circular Economy Action Plan and the Action Plan for the Social Economy expected for the second half of 2021.

“Both the Industry Package and the Circular Economy Action Plan demonstrate that the social economy is an essential player of our European social market economy, bringing diversity and combining economic efficiency with societal-centred objectives. Furthermore, these initiatives pave the way for the co-construction of a successful European Action Plan for the Social Economy, unlocking social economy’s full potential for a more dynamic and innovative EU economy, working for people and the planet ”.

Sign up for SEE’s Newsletter to receive updates on the European social economy here. 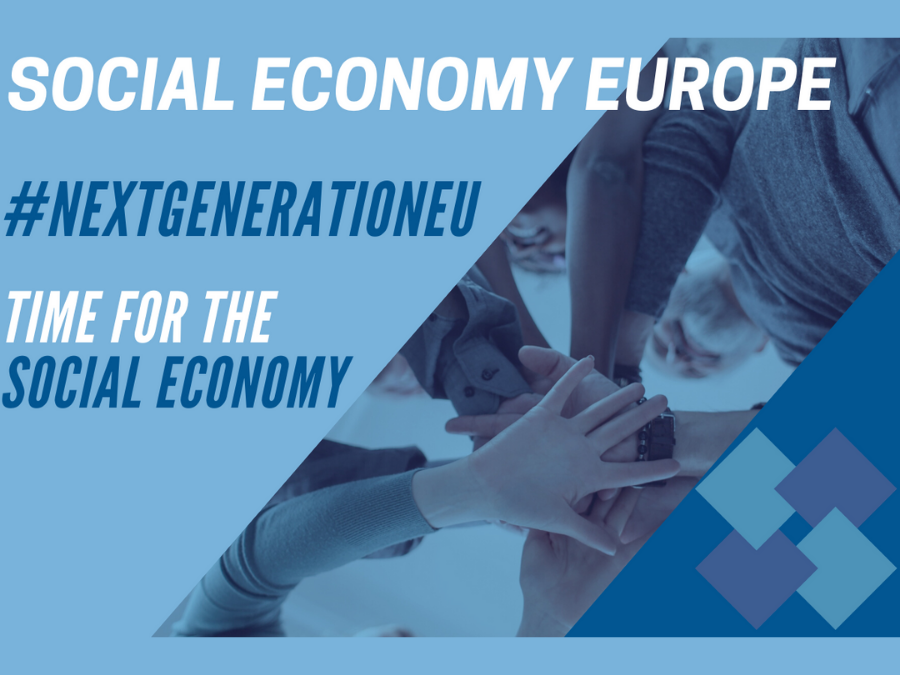 A moment of truth for Europe 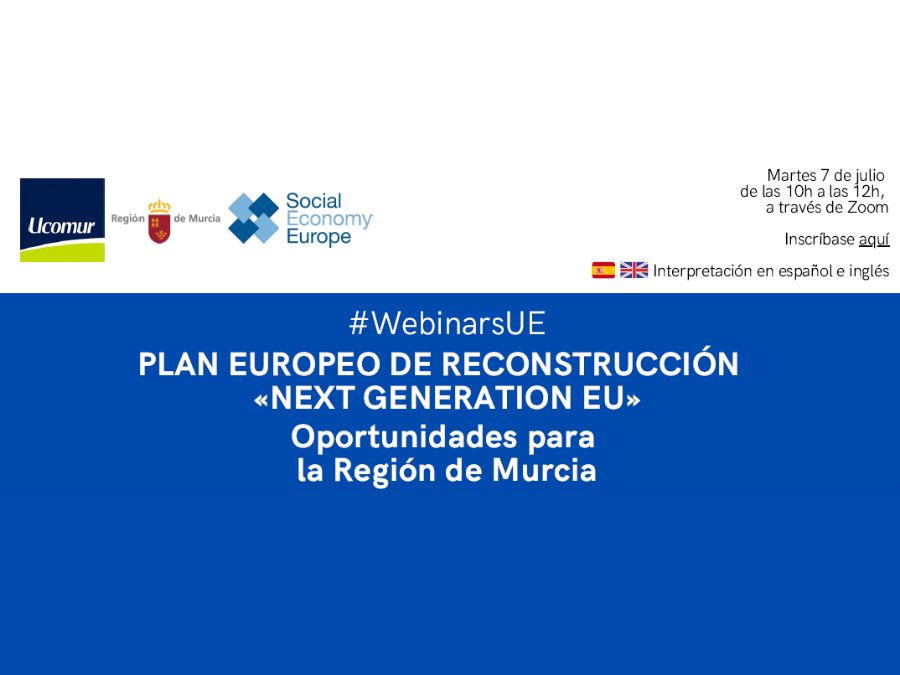 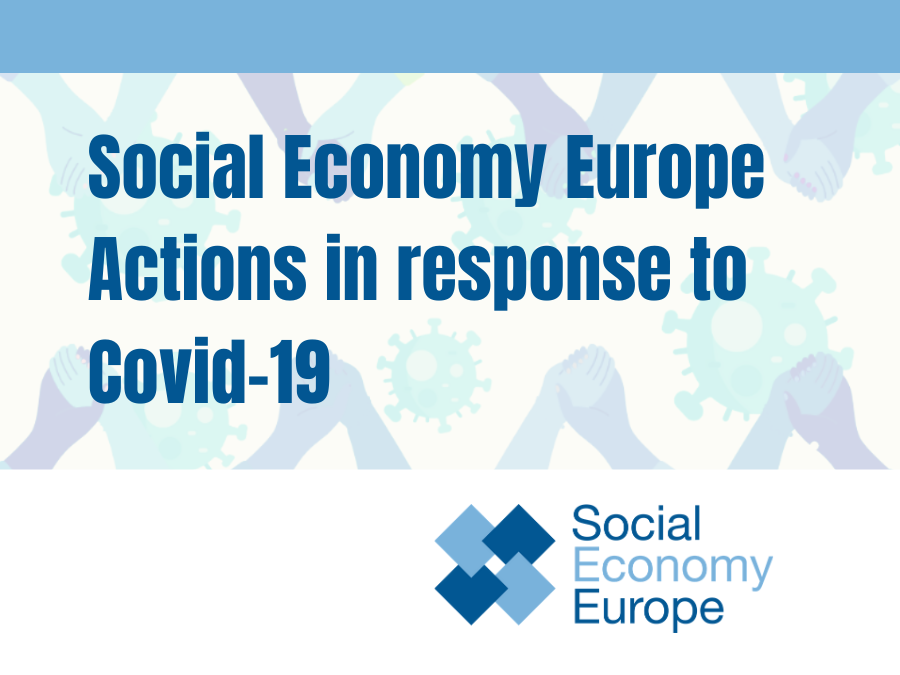 SEE’s actions in response to Covid-19