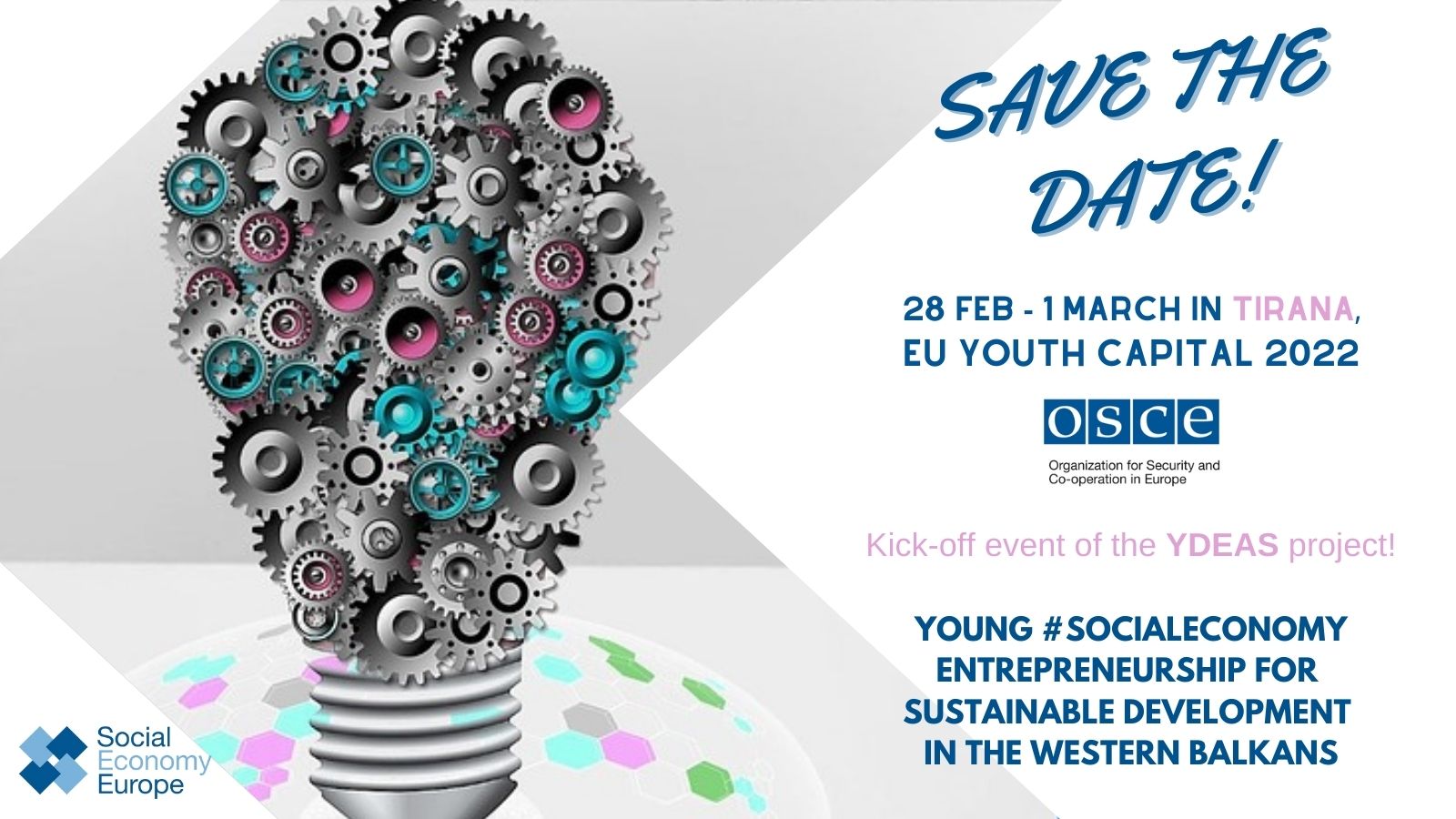 In the context of the YDEAS II (Young Developers and Entrepreneurs to Advance Start-ups) project, OSCE organises a two-day kick off meeting in Tirana. The project, addressed to the Western Balkans, embodies three main axes aimed at responding to the challenges put forth by the Fourth Industrial Revolution and more recently by the COVID19 pandemic.
First, upskilling of young people from Western Balkans to improve their entrepreneurial capacities, specially to set up social economy and sustainable enterprises. Second, networking, access to market and investment to provide technical support to innovators and start-uppers. Third, policy-relevant dialogue, that will culminate in the elaboration of two Green Papers on The Future of work in Western Balkans and on Social Economy in the Western Balkans.