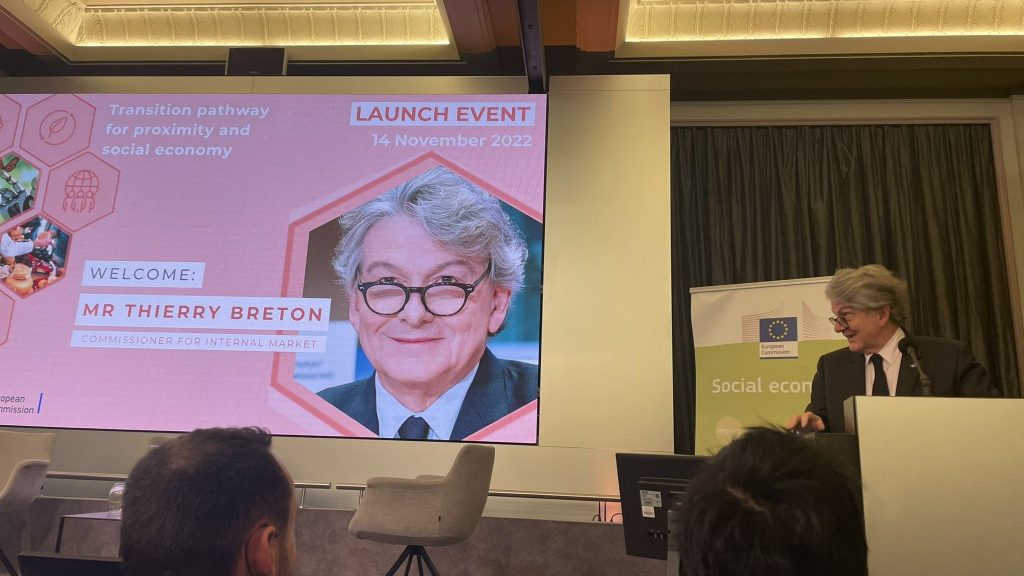 Discover here the Transition Pathway on proximity and social economy.

The report puts forward a set of 30 actions in 14 different areas to further support the social economy in leading fair green and digital transitions. For instance, the transition pathway proposes actions to help social economy entities improve their energy efficiency in order to reduce their electricity consumption. It also encourages public authorities to support the creation of local green deals, for example to enhance local value chains in circular waste management, clean energy production or support local sustainable food markets. To improve digitalisation, the report lists actions such as supporting the development of a code of conduct for social economy entities and local businesses to better manage their data in a transparent manner.

The Commission is launching an open call for pledges, inviting all relevant parties to present their concrete commitments and to express interest in working together on the implementation of the EU’s social economy and local businesses transition pathway by 28 February 2023.

After the pathway on tourism which was launched in February 2022, the social economy and proximity transition pathway is the second one delivered under the Industrial Strategy Update, where the Commission called for industrial ecosystems to accelerate the green and digital transformation and increase the resilience of the European economy. SEE is honoured to have contributed to the co-creation process alongside DIESIS Network, EUCLID, EURICSE, and many other social economy stakeholders.  Discover below the pledges by a leading global social economy group as Mondragon Corporation, which was visited by Commissioner Nicolas Schmit on the same day of the TP launch event.