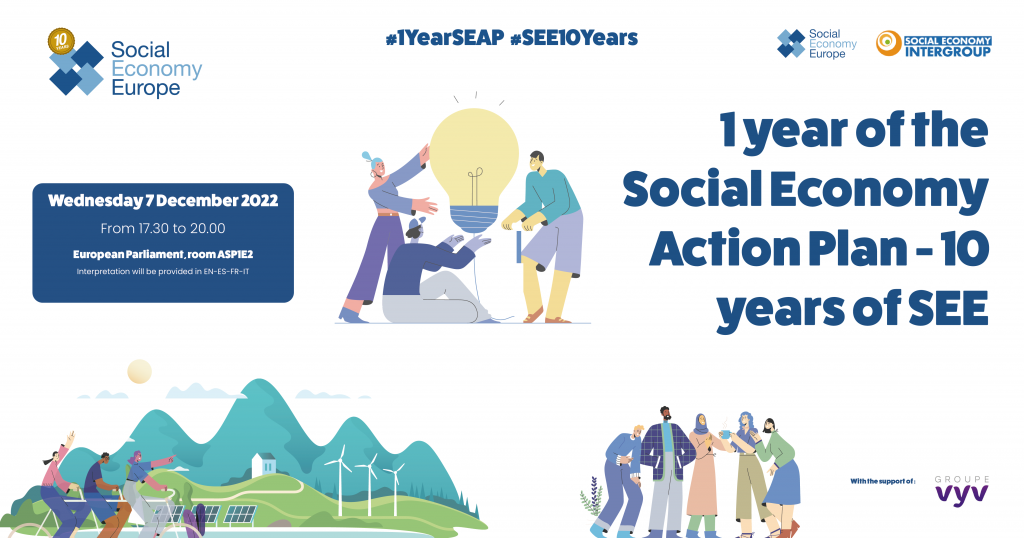 On Wednesday 7 December 2022, Social Economy Europe (SEE) will launch the event to celebrate One year of the Social Economy Action Plan, and ten years of SEE: for an economy that works for people & the planet.

The conference aims to bring together gather key social economy policy makers, as well as entrepreneurs and other stakeholders to commemorate these milestones with SEE, as organisation that serves as a catalyser of social economy innovation and growth across the EU.

The event’s main goal is to co-design and co-implement a desirable future for the social economy in Europe by tapping into the potential and opportunities of the social economy through national and EU supportive public policies and mechanisms, supporting to scale up a European economy that will create quality jobs and sustainable development, attract talent, drive innovation, cohesion, and fair transitions.

The European social economy has long history since the struggles of women and men as the Rochdale Pioneers or all those who fought in the XIX century to access social protection through mutuals, which are the pioneers of our current social security and national healthcare systems. Today the social economy movement continues catalysing social and environmental innovation, with over 2.8 million entities, that employ 13.6 million people. New opportunities for the development of the ecosystem have arisen as the Social Economy Action Plan, and the recently launched Transition Pathway on Proxility and Social Economy, that offer an opportunity window for the social economy to scale up across Europe and at global level, also thanks to the efforts of international organisations as the UN, the ILO, and the OECD, as well as of governments and social economy networks.

Registrations for in person participants are closed as we have reached the max. capacity of the room 140 people!

The link to follow the event online will be provided by early next week.

Find here the agenda of the event.

Meeting point: 16:45 at the main entrance of Altiero Spinelli building: 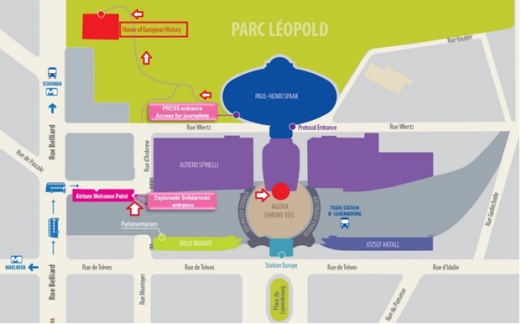 Interpretation will be provided in English, Spanish, French, Italian 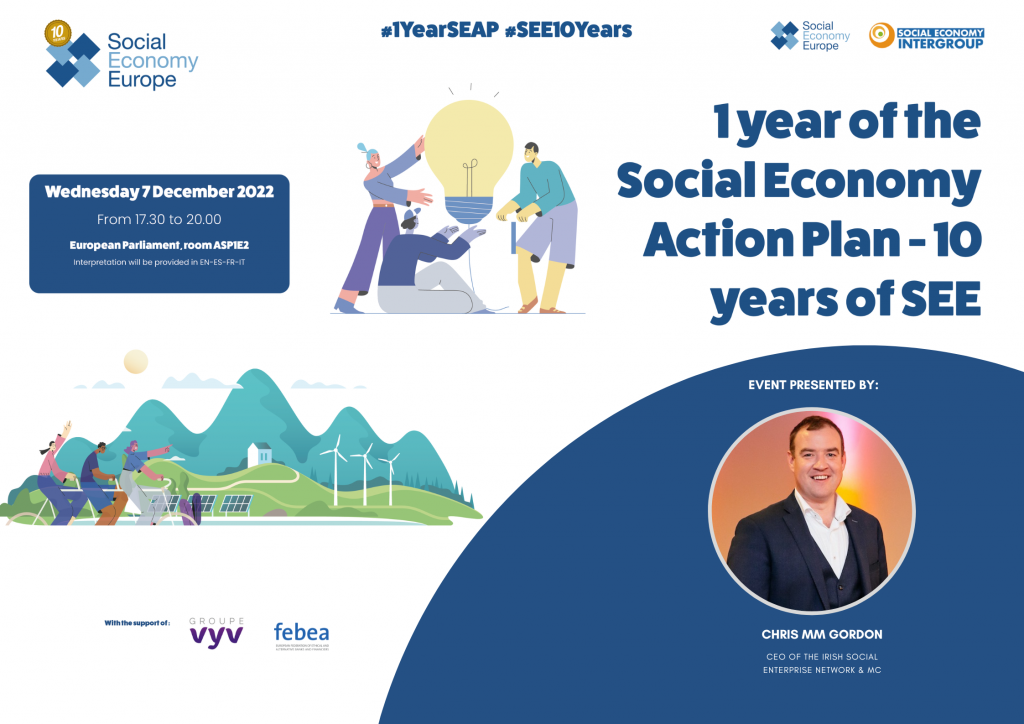 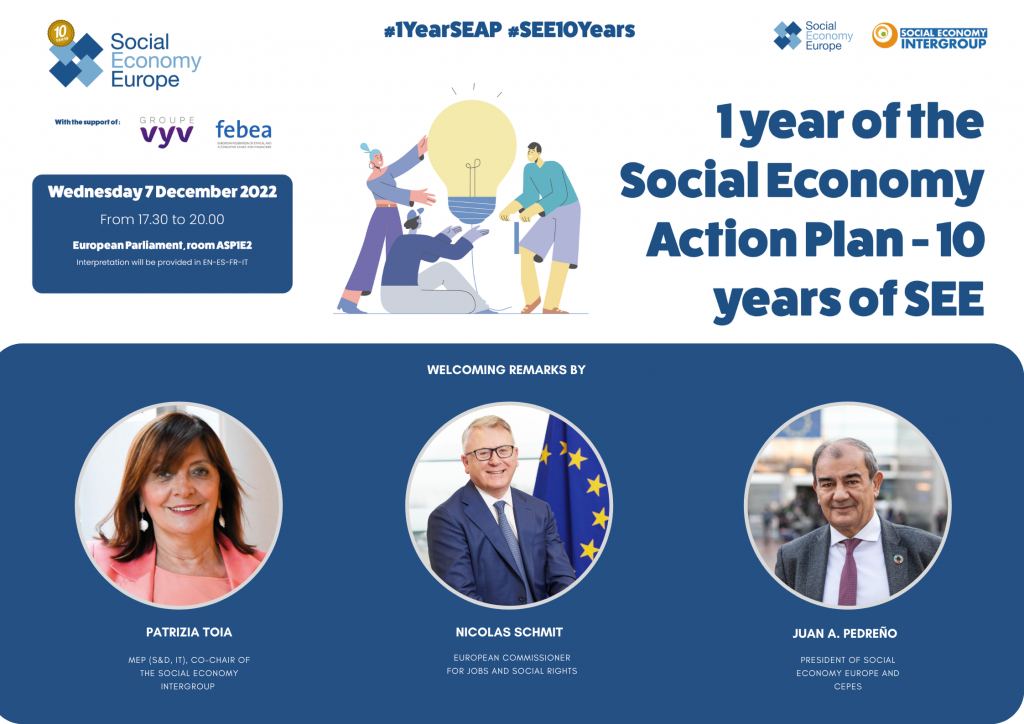 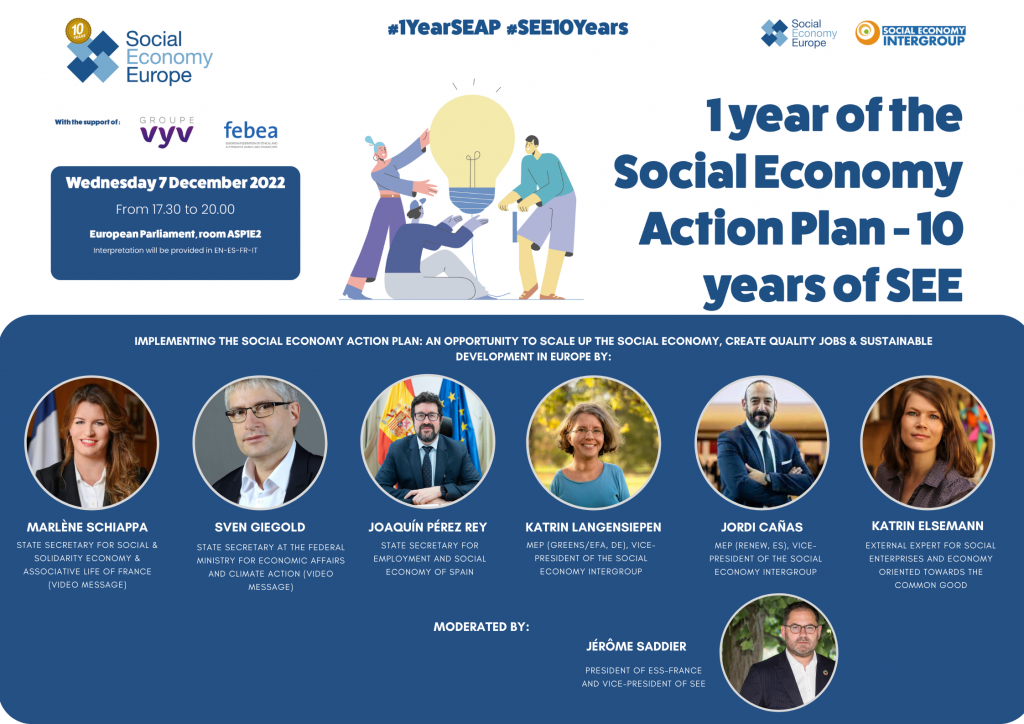 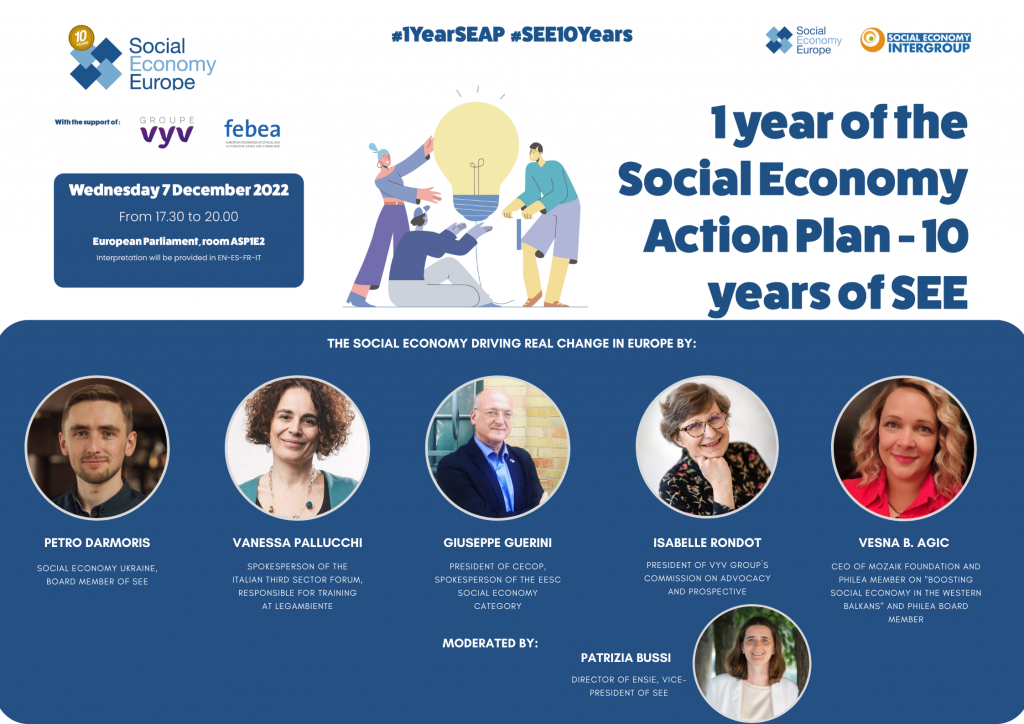 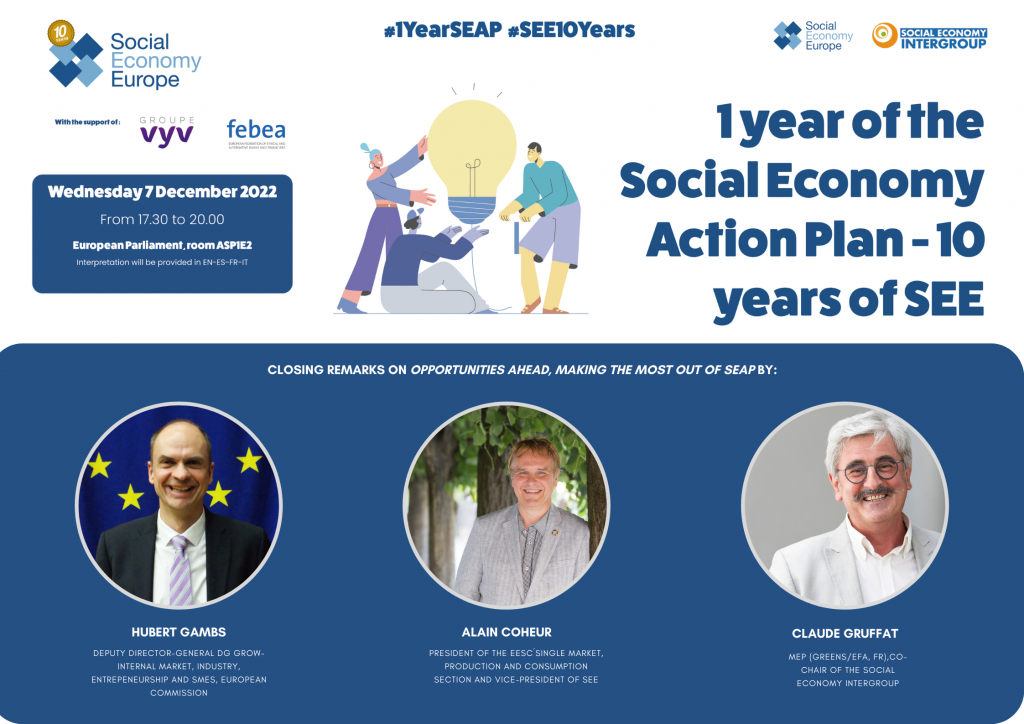