One month before the release of the European Action Plan for the Social Economy, the President and the Director of SEE, Juan Antonio Pedreño and Víctor Meseguer, reflect on the state of play, the challenges and opportunities; and take the opportunity to share some ‘final’ inputs.

The release of the European Action Plan for the Social Economy by the European Commission is foreseen on Wednesday 8 December 2021: less than a month, if all goes as foreseen.

As recently announced by Commissioners Schmit and Breton, the Action Plan will be accompanied by -at least- a working document -the Social Economy & Proximity Transition Pathways– aiming to kick-start a conversation and actions on the key transformations for the social economy ecosystem in the next 10 years.

From SEE, we have been working and advocating for this ambitious initiative since the European Elections of 2014 (seven years ago!), and we have done it alongside our members, the European Parliament’s Social Economy Intergroup, the EESC, the Committee of the Regions, and a growing number of Member States that believe in the social economy as driver of economic and social progress; among other key stakeholders. Of course, in all fairness, we have also shared this adventure with the European Commission, its political leadership, and its services in DGs Employment and GROW.

The last weeks have been especially rich in inputs to the Social Economy Action Plan. On the October 7th the Social Economy Intergroup gathered in San Sebastian to discuss about Social Economy as Industrial Ecosystem, the full report of the event including its main conclusions and contributions from the Commissioners, MEPs, national and regional policy makers, and stakeholders, is available here. On October 12 and 13 we also travelled to Ljubljana (Slovenia) to participate in the ActSE2021 Conference, organised by our friend and partners Tadej Slapnik, Nena Dokuzov and Primož Šporar, among many other national and EU stakeholders. In Ljubljana, we also held the first edition of the European Social Economy Awards, a successful and very enriching adventure that we will replicate in the second semester of 2023.

The European Action Plan for the Social Economy is not the end, nor an end in itself, it is actually the beginning of renewed and strengthened EU policy agenda in to support the scale up of the Social Economy in Europe and beyond, and to continue mainstreaming the social economy in key EU policies and structured dialogues as: the Industrial Strategy, the Pact for Skills, the European Pillar of Social Rights, the Social Taxonomy, Social Dialogue, the InvestEU, the Recovery and Resilience Plans and so on and so forth.

As both Commissioners -Schmit and Breton- stressed in the Social Economy Intergroup in San Sebastian; to achieve these objectives, to scale up the social economy and make sure that our enterprises and organisations can be the protagonists of fair transitions, all hands are needed! Let’s continue working, growing, transforming and building a better future. 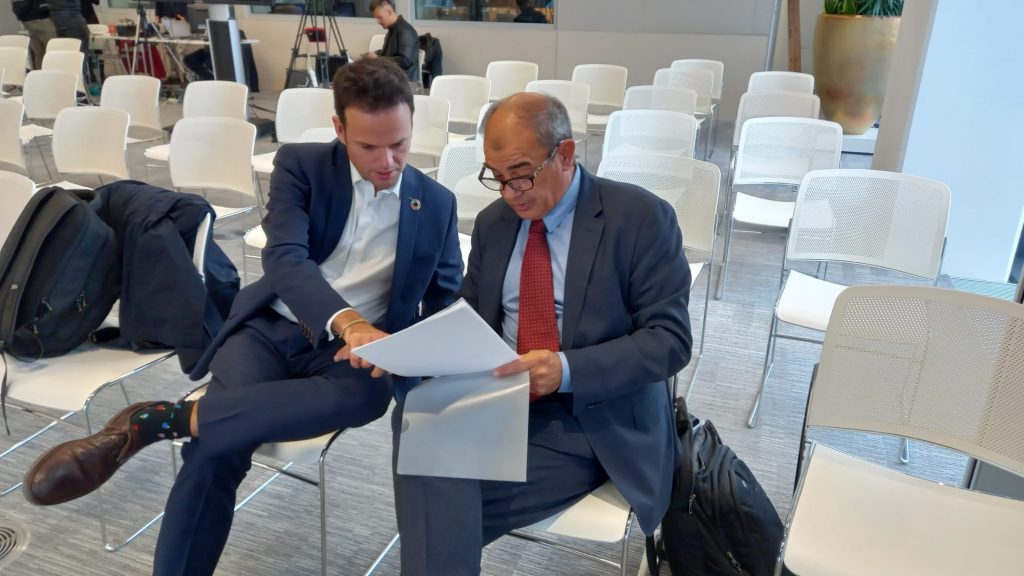 Ahead of SOTEU, we stress how the social economy and SEAP can contribute to provide solutions to the multiple crisis the EU faces.

PR – The EP approves report on SEAP by a large majority

493 MEPs have voted in favour of an ambitious implementation of the Social Economy Action Plan.