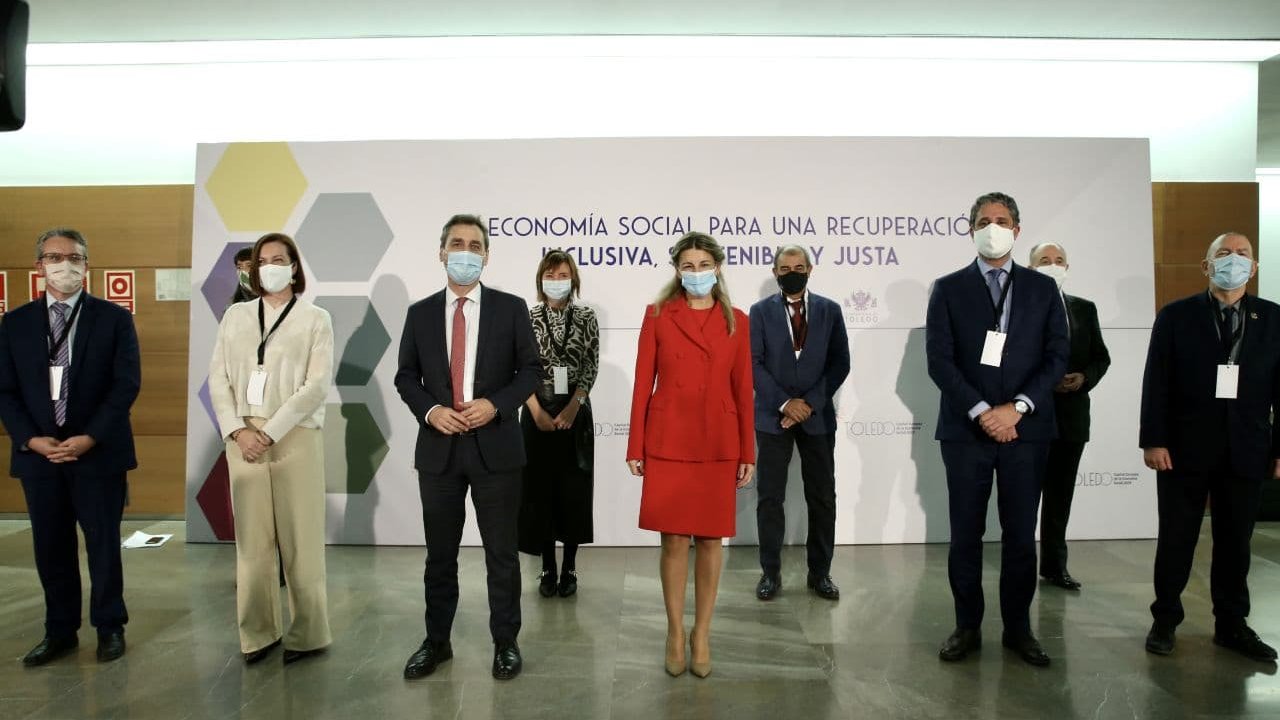 On the 4th December 2020, the Spanish Governmen organised the International Summit on Social Economy for an Inclusive, Sustainable and Fair Recovery.

This summit was the main activity held in the framework of the Spanish Presidency in 2020 of the Monitoring Committee for the Luxembourg Declaration, a group of EU Member States -represented by Ministers, Deputy Minister and other high-level officials- engaged in the promotion of the social economy across the European Union. As it has been a tradition since 2017, the Spanish Presidency designated the city of Toledo as European Social Economy Capital 2020, following Strasbourg (2019), Maribor (2018) and Madrid (2017).

Who was present, and who signed the Declaration?

High-level official of other EU Member States as Austria, Ireland, Croatia, Cyprus, Czech Republic, Germany, Bulgariua, Latvia, Romania, Luxembourg and Slovenia also participated in the Summitt alongside with representatives of Spanish regions as Extremadura and Valencia.

As a conclusion of the Summit, the Toledo Declaration on The Social and Solidarity Economy as a key driver for an inclusive and sustainable future was adopted with the support of 19 EU Member States, which are: Austria, Belgium, Bulgaria, Croatia, Cyprus, Czech Republic, Denmark, France, Greece, Ireland, Italy, Latvia, Luxembourg, Malta, Portugal, Romania, Slovakia, Slovenia, and Spain.

You can watch the full event in English here.

Listen here to SEE podcast Social Economy Talks- episode 4 analysing the Toledo Summit and the main milestones for the social economy in 2020. 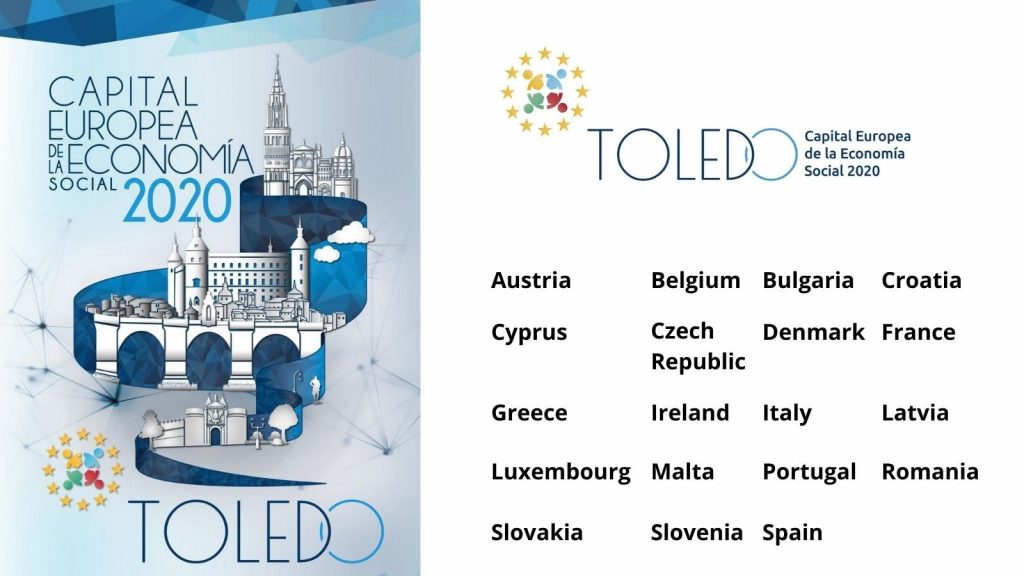 The Toledo Declaration on Social Economy as a key driver for an inclusive future, shows a wide support from 19 European Member States to all social economy business models -coops, mutuals, associations, foundations, social enterprises and other forms- as a driver of economic and social progress, as way to channel collective action to generate common solutions to common challenges and create new opportunities. This is the moment of the social economy, the moment to grow beyond our current boundaries, to expand all over the EU and the world, as a driver of sustainable development. A strong message for 2021, the year in which we have to build an effective European Action Plan for the Social Economy.

The signatories have committed to:

The Way Forward:
A Portuguese Presidency in 2021

Regarding the way forward, Portugal is chairing the Monitoring Committee of Luxembroug Declaration in 2021, in parallel to the Portuguese Presidency of the Council of the EU, taking palce during the first semester of 2021 under the motto “Time to deliver: a fair, green and digital recovery“.

Portuguese State Secretary Gabriel Bastos stressed that Portugal aims at organising a Social Economy Summit on the 29 of March 2021. Furthermore, the European Social Economy Capital 2021 will be announced very soon.

Monitoring Committee for the Luxembourg Declaration

The Summit and adoption of the Toledo Declaration were followed by a meeting of the Monitoring Committee for the Luxembourg Declaration. This committee is so named because of the Luxembourg Declaration- A roadmap towards a more comprehensive ecosystem for social economy enterprises  adopted in 2015 by six Member States under the leadership of the former Luxembourg’s  Minister for Labour and Social Economy, Nicolas Schmit (who currently serves as EU Commissioner).

Luxembourg Declaration was the first step in the process towards today´s Toledo Declaration in which other declarations in support of the social economy were released on a nearly annual basis (see image below).

The main purpose of the Monitoring Committee is “the promotion and effective development of the social economy in each territory and throughout the EU, through the exchange of experience, best practice and specific activities, in collaboration with representative organizations in the social economy, European institutions and other international organizations.”